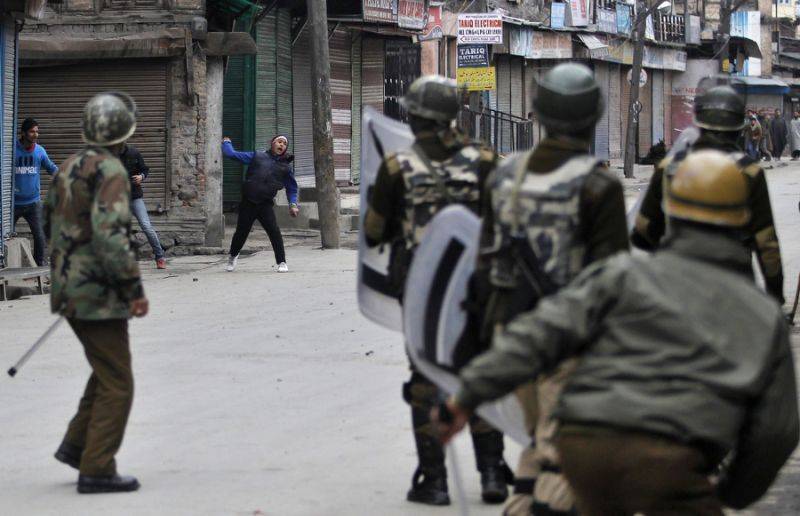 SRINAGAR:  A policeman was killed while another cop and a civilian were injured tonight when some 'terrorists' fired at a security post guarding minority community in Shopian district of Kashmir, Indian media reported.

As per details by Times of India,"Militants fired at the police guard posted at minority picket Jamnagri in Herpora area of Shopian at around 8:30 pm," a police official said.

He said the policemen retaliated, forcing the attackers to flee.

A constable Nazeer Ahmad was killed and constable Zahoor Ahmad was injured In the gunbattle, the official said. A civilian was also injured in the incident.

The injured policeman was shifted to the Army's Base Hospital.

The area has been cordoned off and a search has been launched to track down the terrorists, the official said.