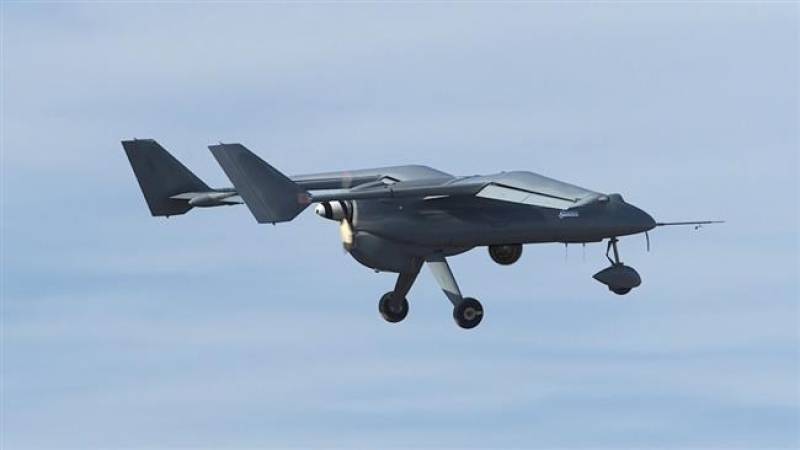 ISLAMABAD (Staff Report) - At least three terrorists were killed when a Pakistani-made drone carried out an operation in the Shawal valley of North Waziristan tribal agency, the ISPR said on Monday.

According to the military's public relations wing, the 'Burraq' drone fired missiles on compound in the valley, killing at least three terrorists.

A high-profile target was said to be among the terrorists killed in the drone operation.

The home made armed drone "Burraq", which translates as "flying horse", was introduced to the public in March this year.