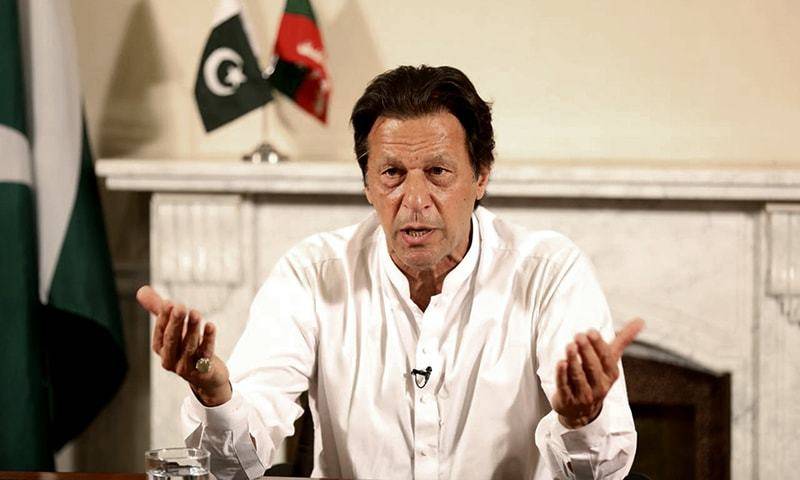 ISLAMABAD - Prime Minister Imran Khan has appealed to the Pakistanis living abroad to contribute to dams fund, assuring the nation that he would protect the public money.

In his second address to the nation, PM Khan said he has been receiving presentations for the last two weeks on the looming crisis of water in the South Asian country.

He expressed that Pakistanis in Europe and the US should contribute $1000, adding that no one will give us loans but we have to construct this dam.

The prime minister said it was important for Pakistan to build dams as failure to do so would be detrimental to future destinations.

“Experts say if we do not make dams we will face a drought in seven years. We have to start making dams from today,” he added.

Khan commended CJP Nisar for his initiative of dams fund but added that it was not his job, a civilian leader must have taken the responsibility to resolve the issue.

"I want to take over the fund-raising and want overseas Pakistanis to contribute like they used to do for the Shaukat Khanum Cancer Hospital, he said.

PM Khan said the prime minister and chief justice's fund for the construction of dams would be combined.

In his first address, the prime minister had outlined austerity measures and the need to tackle corruption to bring Pakistan on track.