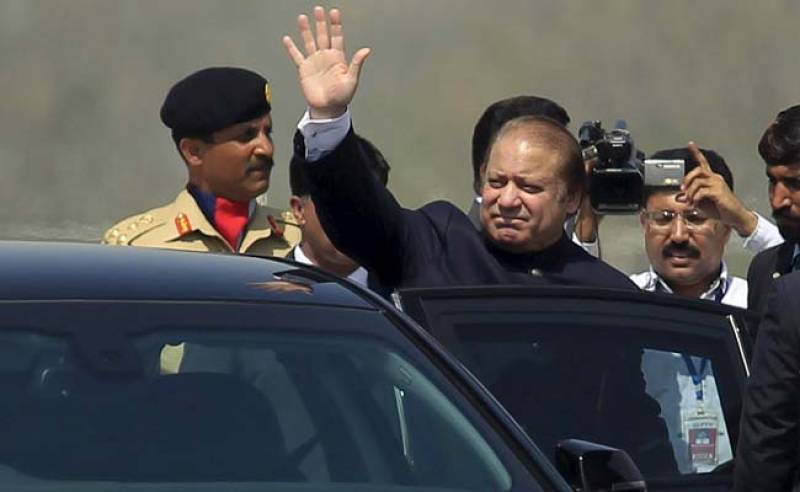 The minister stated that the decision to change the program had been taken after ‘public pressure’ adding that the journey to Lahore via Grand Trunk Road would be completed in at least three days, instead of a single day.

In order to beef up security for the journey, Interior Minister Ahsan Iqbal met Nawaz Sharif and presented him a report of the federal agencies regarding the security situation.

Reportedly, the Interior Minister recommended the former prime minister not to go ahead with his planned road show.

Nawaz Sharif, who was disqualified from office by a five-member bench of the supreme court on July 28 in the Panama case had decided to get in touch with the masses to muster public support.

After having spent a couple of days away from the capital, in Shangla Gali, he arrived in Islamabad on Saturday to head to Lahore on Sunday, however, the plan was changed and as per current reports, he would be en route to the provincial capital on Wednesday.

According to media reports, former interior minister Chaudhry Nisar Ali Khan would be driving Nawaz Sharif's vehicle while another fully loaded container would also be a part of the convoy.

Nawaz Sharif would be addressing his party workers at multiple spots along the GT Road, the arrangements for which have already been finalised.

Meanwhile, Railways Minister Khawaja Saad Rafique expressed on Monday that party's road show was not a bid to pressurise any state institution adding that the party workers did not accept the Panama case verdict.