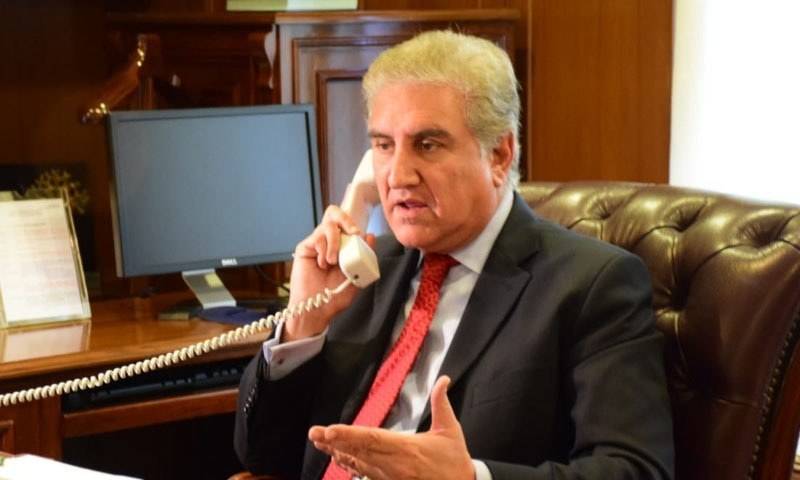 ISLAMABAD – While talking to the United States (US) Secretary of State Mike Pompeo on telephone, Foreign Minister Shah Mehmood Qureshi said that the continued commitment of the international community will help generate the necessary momentum towards resolution of the Jammu and Kashmir dispute in accordance with the wishes of the Kashmiri people and the relevant UN Security Council resolutions.

In the telephonic conversation, he said India’s regressive policies in the Indian Illegally Occupied Jammu and Kashmir manifest with massive violations of basic human rights and fundamental freedoms, the Radio Pakistan reported.

The Foreign Minister thanked him for the US participation in the debate in the UN Security Council on August 5, 2020 on the completion of one year of India’s unilateral and illegal actions in Kashmir.

He said the Security Council’s deliberations, once again, reaffirmed the disputed status of Jammu and Kashmir.

Referring to the holding of Loya Jirga, he expressed the hope that a conducive environment would be created for the earliest convening of the intra-Afghan negotiations.