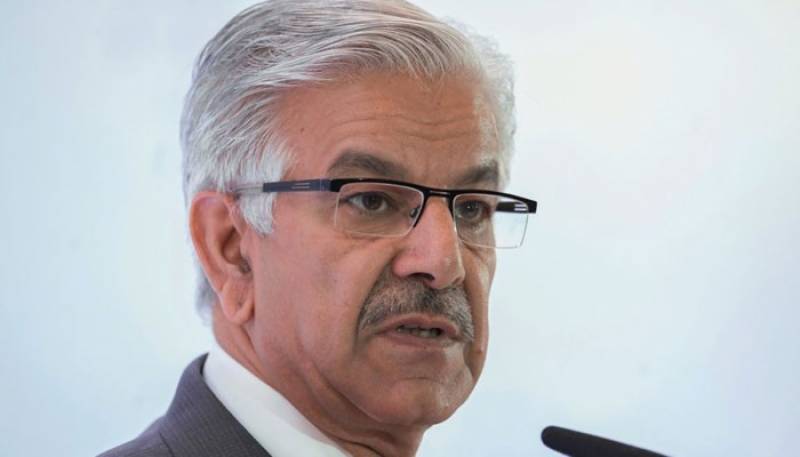 ISLAMABAD - Foreign Minister Khawaja Asif has said the ruling party might dissolve the assembles if the situation demands it.

Talking to a private news channel, he said that every ruling party always has this option and can avail it according to the situation.

He further stated that there were no discussions regarding the dissolution of assemblies within the Pakistan Muslim League-Nawaz (PML-N) so far.

The foreign minister's statement follows the demand of Pakistan Tehreek-e-Insaf (PTI) and other political parties regarding holding of early general elections. It is notable that demands regarding resignations of PML-N's key legislators have also mounted pressure on the government.

The foreign minister denounced the alliance of the rival parties, adding that they were trying to achieve things through agitation instead of relying on the vote.