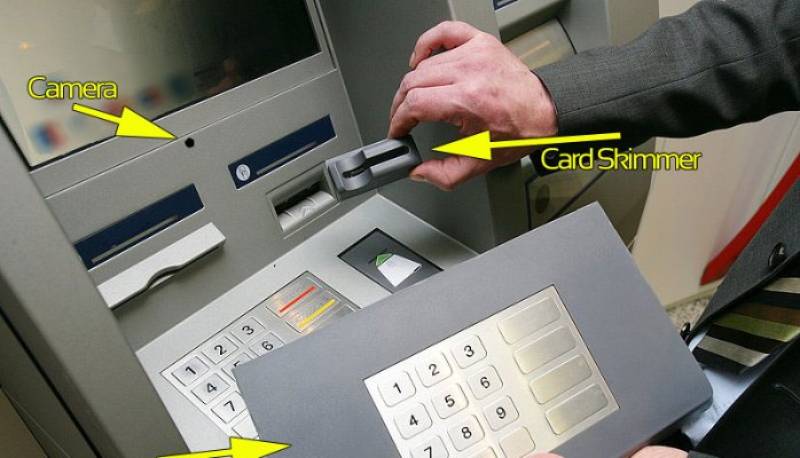 RAWALPINDI - The Federal Investigation Agency (FIA) has claimed that a man apprehended from Rawalpindi for involvement in ATM fraud had links with an Indian hacker.

Saqibullah, a resident of Rawalpindi, was arrested for making fake credit cards and stealing credit card information, as well as blackmailing women using their private videos. The law enforcers also recovered blank cards, a magnetic strip reader, a skimmer and different gadgets from his possession

Addressing a press conference on Friday, FIA Director Shakeel Durrani said that the accused was in contact with an Indian hacker, Sorev, as well as Canadian, Nigerian and Italian hackers. He was running a skimming fraud racket in Rawalpindi and Islamabad with their help. He also sold data to the hackers for money.

The director further revealed that the money was not only drawn in China but other countries including the US, Canada, Italy, Nigeria, Indonesia and Malaysia adding that the exchange of money took place through wire transfer service Western Union.

The director said that the FIA was investigating the role of the accused's family members, as he used their CNICs and fake credit cards in their name for his illicit operations. The FIA is also looking for other accomplices.

A first information report (FIR) has been registered against the accused, he added.