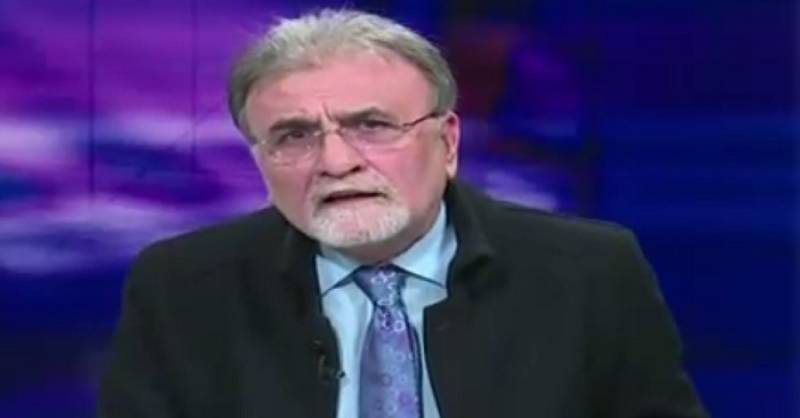 Javed took to Twitter midnight and accused the prime minister of 'trying to get him killed'.

Javeed repeated the allegation in another tweet as well.

When Twitterati informed him that he could be charged for hurling false accusations against the sitting PM, he replied, "Please go ahead."

The 'Nawa-i-Waqt' columnist defended his point by saying, "get me arrested, charged and get in jail."

Get me arrested, charged and get in jail. https://t.co/7VxMUqzedO

The analyst continued that the plan was to get him killed "in the name of 'KILLED BY DRUNK DRIVING.'"

Javeed, who recently left the job with a leading TV channel, claimed that he was aware of the plotters who tried to kill him.

In another tweet, the journalist divulged that one of the interceptors 'was a real brother of..,' without revealing the name.

In a conversation with Naya Daur, Javeed said that he was driving to his home from G-8, Islamabad, when suddenly shots were fired at his car near the G-8 Imam Bargah.

“Both the tires on the left side of my car were burst and completely damaged. Then six men in plain clothes came and inspected me… The plan was to kill me”, he said in point-blank remarks.

“They must have thought that I’d be intoxicated and die in the accident but since I was sober, they left me alone,” Javeed added.

The senior TV anchor confirmed that he had reached home safely but said he hadn’t filed a report with the police.

“Which police do I report to? This Imran Khan’s police?” he asked, adding that he had ‘absolutely no’ intentions to report this incident to the police.