LHC to hear plea for suspension of Musharraf verdict on Thursday 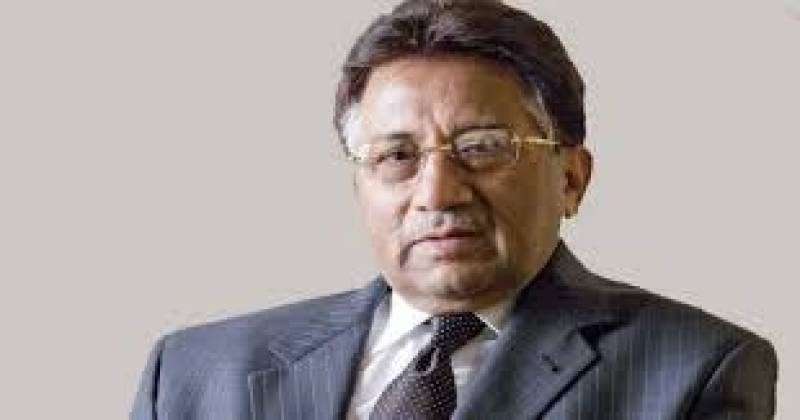 LAHORE - A three-member bench of the Lahore High Court (LHC) will hear a civil miscellaneous application, filed by former president Pervez Musharraf for suspending operation of the special court judgement, on Thursday.

The bench will be headed by Justice Sayyed Mazahar Ali Akbar Naqvi, whereas Justice Muhammad Ameer Bhatti and Justice Chaudhry Muhammad Masood Jahangir will be its members.

Advocate Muhammad Azhar Siddique filed the application on behalf of the former president in a pending case, challenging formation and proceedings of the special court in the high treason case against Pervez Musharraf.

The counsel submitted that various anomalies could be observed in the special court judgement, such as misinterpretation of Mustafa Impex case judgement.

The counsel also raised an objection on formation of the special court, saying that it was not constituted in accordance with the law as only the high court judges could be appointed but not the chief justice.

He submitted that the presiding judge of the special court crossed all religious, ethical and moralvalues while awarding sentence in Paragraph 66 of the judgement. The judgement and Paragraph 66 were also in direct contravention to the injunctions of islam, he added.

He submitted that the special court failed to realise that no actions detrimental to national interest were ever taken by Pervez Musharraf. So no offence of the high treason was made out from the evidence presented before the special court, he contended.

He submitted that capital punishment was awarded to the petitioner without fulfilling legal requirements as he was not examined under Section 342 of the CrPC.

He contended that the special court judgement was not only illegal but also unconstitutional. He pleaded with the court for suspending operation of the judgement till the final decision on the main petition.