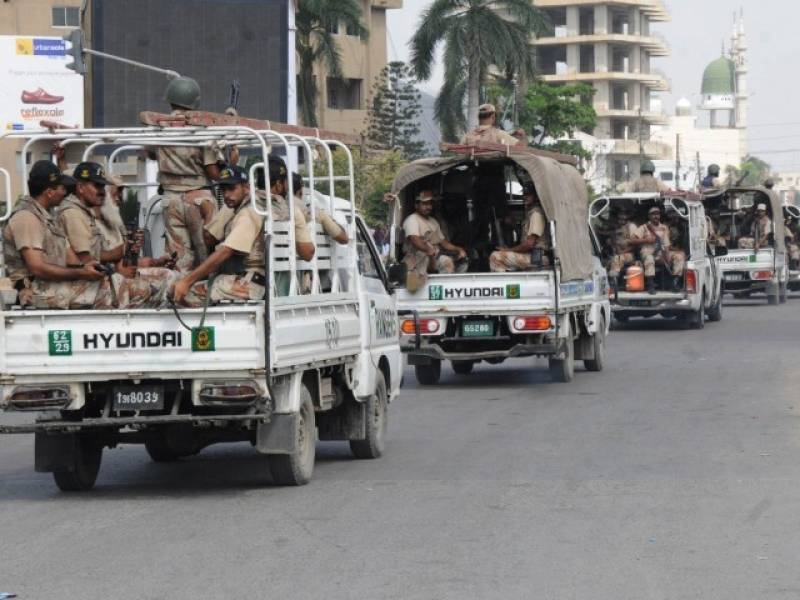 KARACHI (Web Desk) - The leadership of Sindh's ruling Pakistan People's Party (PPP) on Wednesday gave its nod to the provincial government for extension of special powers granted to the Rangers paramilitary force.

The Chief Minister House has received a summary in this regard while an official notification is expected to be issued shortly.

Sindh Chief Minister Syed Qaim Ali Shah said earlier today that the Sindh government has an excellent working relationship with the federal government, the Rangers, and the army, adding that there was no authenticity in news about tension between the Sindh and federal government.

He said that the Rangers' efforts to end terrorism, extortion, kidnappings for ransom and target killing cannot be forgotten.

Meanwhile, the Pakistan Tehreek-e-Insaf (PTI) submitted a bill in the Sindh Assembly today in favour of the continuation of special powers to Rangers in Karachi. The bill was submitted by PTI leader Khurram Sher Zaman who said that the province including Karachi needs the Rangers and that the police cannot be depended upon, Geo News cited.

Today (Wednesday, July 08) is the last day of the original fixed period for special powers granted to the Rangers force, including the legal powers of Rangers to detain any suspect for 90 days.

On November 10 last year, the Sindh government had allowed Rangers through a notification under the Anti-Terrorism (Amendment) Act to detain any suspect for 90 days in their custody with the permission of the court, for further interrogations for 120 days, and these powers were extended in March this year for further 120 days, until July 8. Meanwhile, the period of stay of Rangers in the province expires July 20.