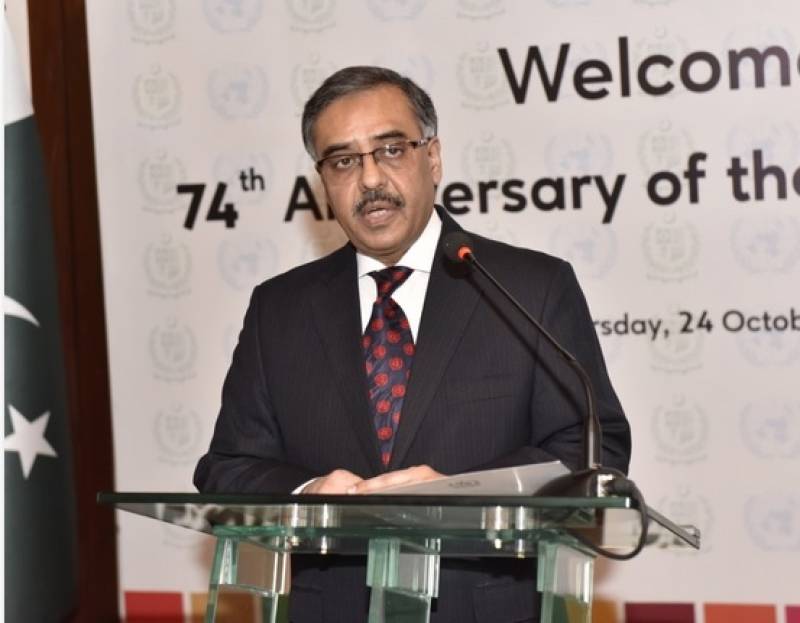 Sohail Mahmood individually met the Envoys of the Permanent Members of the UN Security Council (P-5) in Islamabad, this week, to apprise them of the derogatory and offensive remarks made by two senior officials of India’s ruling party BJP.

“Recalling the special responsibility of the P-5 countries regarding the maintenance of international peace and security and upholding of the principles enshrined in the UN Charter, the Foreign Secretary called upon them to take cognizance of this abhorrent development, the growing hate speech, and the rising tide of Islamophobia in India,” read Foreign Office press release.

The foreign secretary underscored that the BJP’s perfunctory and token disciplinary action against these individuals will not assuage the hurt they have caused to Muslims worldwide.

Noting the clear and consistent pattern of state-sanctioned persecution of Muslims, the Foreign Secretary added that the failure of the BJP leadership and the Indian Government to unequivocally condemn the recent sacrilegious comments was yet another proof of the impunity enjoyed by ‘Hindutva’ zealots.

He stressed that India must be urged to take decisive and demonstrable actions against those responsible. India should also be held accountable for stifling the rights of its religious minorities, especially its Muslim population, and urged to ensure full protection of their fundamental rights and freedoms.