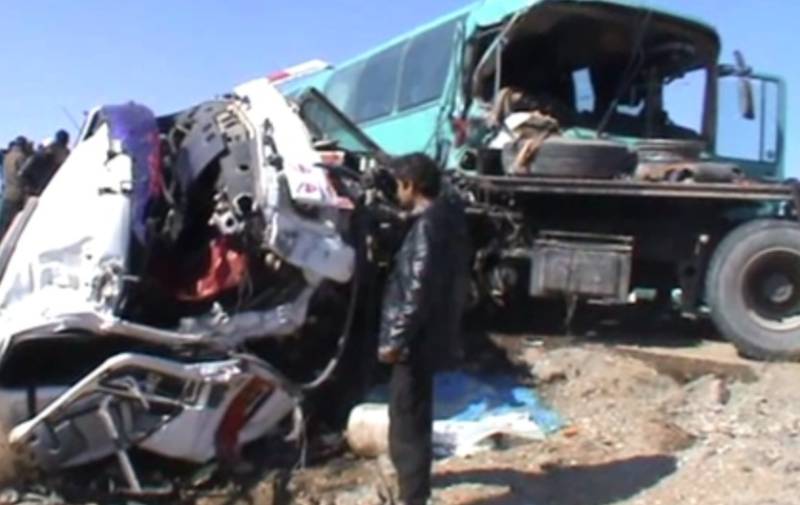 KABUL (Staff Report) - At least 50 people died while another 60 were left severely wounded when a speeding bus collided with an oil tanker in Muqur district of Afghanistan's Ghazni province.

According to media reports, as a result of the clash, the vehicles caught fire due to which most of the injured were still in critical condition.

Police officials said that they were investigating the tragedy, but the reason behind accident was still unknown.

A spokesman for provincial Governor Aghagul Javed Salangi said that most road accidents happened due to bad conditions of roads and lack of other on-road facilities. Drivers are also not well trained to cope with extraordinary situations, he added.