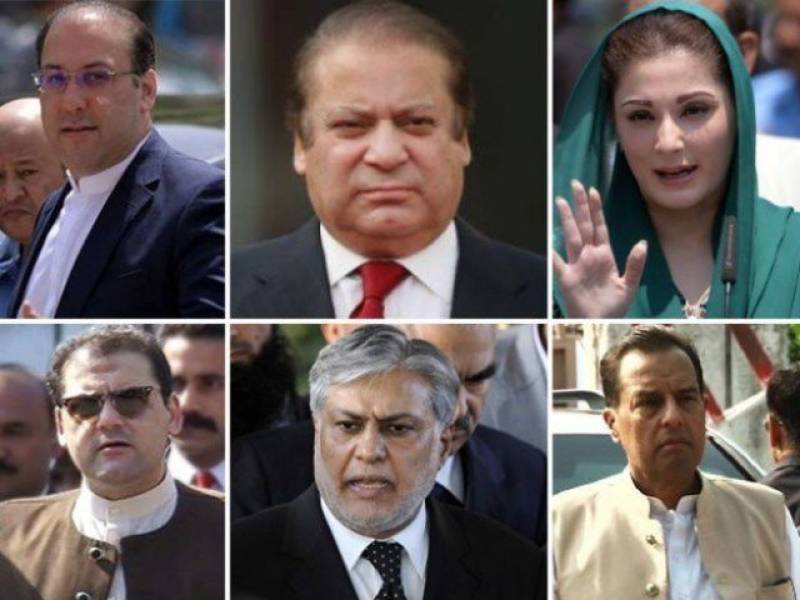 ISLAMABAD - The Supreme Court (SC) will begin hearing review petitions filed by former prime minister Nawaz Sharif and his children challenging its verdict on the Panama Papers case on September 12, according to a court roster issued on Friday.

A three-member bench of the apex court, headed by Justice Aijaz Afzal, will hear the petitions on September 12. The other two members of the bench include Justice Sheikh Azmat Saeed and Justice Aijazul Ahsan.

Three different review petitions were filed by Nawaz Sharif and one by his daughter, Maryam Nawaz.

On July 28, Nawaz Sharif stepped down as the prime minister of Pakistan after being disqualified from holding public office by the Supreme Court in a landmark decision on the Panama Papers case.

In a landmark ruling, the SC on July 28 ordered Nawaz Sharif to step down as prime minister.

The SC judgement concluded Sharif had been 'dishonest' by not declaring in his nomination papers for the 2013 General Election ─ as required under Section 12(2)(f) of the Representation of the People Act (ROPA), 1976 ─ a salary of 10,000 dirhams receivable as chairman of the board of Dubai-based company Capital FZE owned by his son Hassan Nawaz.

Under tight security, cartons full of documents from the NAB regional offices were ushered into the Islamabad Accountability Court amid much media hype as the Supreme Court's deadline was to expire on September 8.