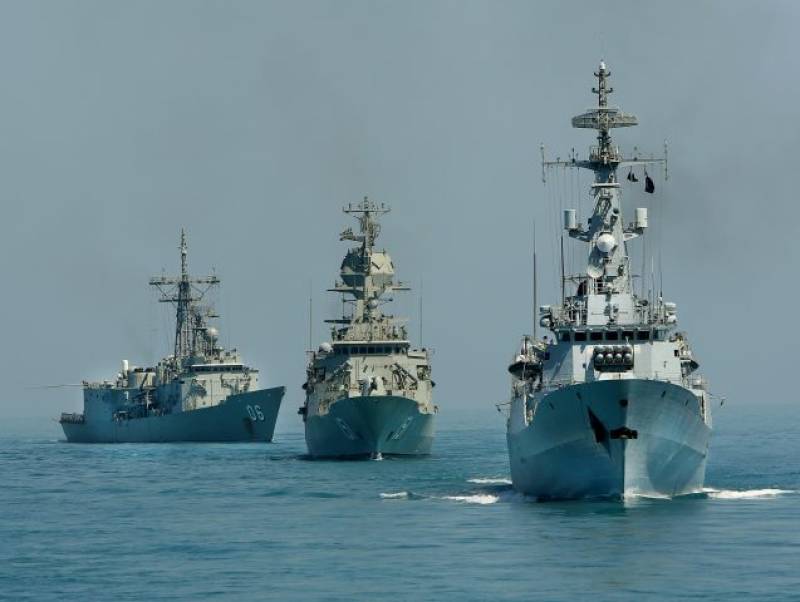 ISLAMABAD - Pakistan Navy Day is being marked across the country today with traditional zeal and zest to commemorate the role of Pakistan Navy in the 1965 India-Pakistan war.

Apart from air-force, the Navy contingents through its ‘Operation Dwarka’ or ‘Operation Somnath’ on the night between 7th and 8th September 1965 cast a spell on India and made it impossible for the rival forces to execute their dream of taking over control of Pakistan.

The primary objective of the attack was to destroy the radar station at Dwarka which Pakistani Naval intelligence believed had a Huff-Duff beacon to guide Indian bombers.

ISLAMABAD - The nation is celebrating Defence and Martyrs Day today to pay homage to the martyrs and ghazis who became ...

According to reports, the first nine shells fired by the Pakistani warships hit the Indian Naval Radar station directly, destroying most of the infrastructure, killing 13 sailors, and two officers.

The Naval Radar Station was being used by the Indian Air Force (IAF) to attack Pakistan territory but after the effective attack by the Pakistan Navy, IAF had to suspend its operation in a surprise blow.

The main ceremony in this regard will be held at PNS Qasim Manora. The families of the martyrs of Pakistan Navy have especially been invited to attend the prestigious ceremony.

Chief of the Naval Staff, Admiral Zafar Mahmood Abbasi has said that the Navy Day is reminiscent of a glorious chapter in Pakistani nation’s history when unmatched courage and unwavering commitment of men in whites quashed the pipe dreams and misplaced ambitions of our adversary.

In his message issued here by Directorate of Public Relations of Pakistan Navy on the occasion of Pakistan Navy Day the Naval Chief said, “Pakistan Navy through a bold and daring Operation Somnath attacked Indian Radar Station at Dwarka; and right at the onset of the war gained psychological ascendancy and subsequently a single prowling submarine, PNS/M GHAZI maintained unchallenged superiority at sea throughout the war. This effectively led to the might of the Indian Fleet including their Aircraft Carrier being confined inside the harbours.”

“Pakistan Navy commemorates this day to pay tributes to our Ghazis and War Heroes whose sacrifices and gallant acts instill in us a renewed spirit and unabating resolve. While fondly remembering the daring acts of our officers and men who humbled and frustrated the adversary, this day calls for rekindling the spirit of sacrifice and selfless devotion to the country.”

“Today Pakistan is facing a myriad of security challenges on internal and external fronts. On the internal front, certain anti-Pakistan players seek to disturb peace and harmony in our country. Armed forces of Pakistan are at the forefront of the national resolve of eradicating such elements from the country. Pakistan Navy is also playing its due role as part of ‘Operation Radd-ul-Fassad’ in collaboration with Pakistan Army, PAF and other Law Enforcement Agencies,” he added.

He said the prevalent international environment continued to be dynamic and in a state of flux.

Just a day earlier, Pakistan marked Air Force Day with traditional fervour and dignity to pay tribute to martyred pilots who lost their lives to defend the country in the war of 1965 against India.

ISLAMABAD - The nation is celebrating Defence and Martyrs Day today to pay homage to the martyrs and ghazis who became ...

A ceremony to commemorate the martyrdom of Rashid Minhas was held in Karachi. A smartly turned out contingent of the air force presented a salute to the martyred pilot.

The day dawned with 31 gun salute at Federal Capital and 21 gun salutes at provincial capitals. Special prayers were offered after Fajr prayers in mosques for progress and prosperity of the country.