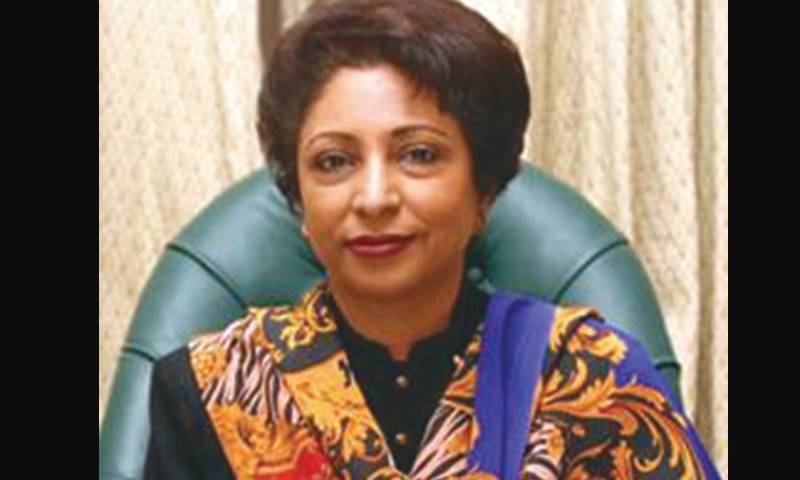 NEW YORK (Staff Report/APP) - Defeating terrorism, growing the economy and building a peaceful neighborhood are among Pakistan's top priorities, Ambassador Maleeha Lodhi told a group of students and faculty members from the US Army War College on Friday.

Among these priorities she also emphasised addressing two key external challenges, promoting peace and security in Afghanistan and normalising relations with India on the basis of resolution of outstanding disputes.

"These national priorities frame our international diplomacy and our foreign engagements," the ambassador said while addressing the participants who visited the Pakistan Mission to the UN in New York, Describing the sense of optimism in Pakistan about it's future, Ambassador Lodhi said this reflected gains the country has made on the political, security and economic fronts in the past three years.

On the political front, democracy had been strengthened and consolidated. There was a firm national consensus in the country now that Pakistan's future lay in democracy. And she added that the military was part of this consensus.

"With an independent judiciary, a vibrant and free media and an expanding and diverse civil society, democratic institutions and traditions are becoming stronger in Pakistan", she said.

On the security front, she said Pakistan had turned the tide against terrorism. "We have sought to eliminate terrorism through a comprehensive strategy, involving forceful law enforcement actions and targeted military operations".

"This doesn't mean the challenge is over, but we are in a much better place than we were a few years ago and are set on a positive trajectory", she added.

Giving details of Pakistan's fight against terrorism, she said that 180,000 troops have been involved in the world's largest anti-terrorism operation, which was now in its final phase in North Waziristan.

On the economic front, Ambassador Lodhi said that the country had transitioned from a crisis to a stable economy which is now poised for rapid growth. This has been achieved by robust reforms carried out by the government and by consistently implementing an IMF programme.

Talking about external challenges faced by Pakistan, Ambassador Lodhi said that peace in Afghanistan was crucial for stability in the region and what Islamabad had long advocated was that a "negotiated peace" would have to be sought as a "military victory" had been elusive for over a decade.

There was now an international consensus that a political solution through Afghan reconciliation represented the best hope for peace in that country.

She briefed the participants on the Quadrilateral Coordination Group that had been formed by Afghanistan, Pakistan, the US and China to give an impetus to peace and reconciliation in Afghanistan.

This had evolved road map for a peace process and while Pakistan was ready to play its role, it expected other partners to share the responsibility in efforts to revive face to face talks between the Afghan government and the Taliban.

On relations with India, Ambassador Lodhi said that despite a positive start following the advent of the Modi government in India, Delhi suspended talks between the two countries on flimsy grounds and set unacceptable "pre-conditions" for their revival.

Since then, in spite of Pakistan's call to resume broad based, comprehensive dialogue, India was still not forthcoming. This attitude was impeding prospects of normalization between the two countries.

The CPEC, she said, will not be confined to China and Pakistan but will be win-win for the entire region.