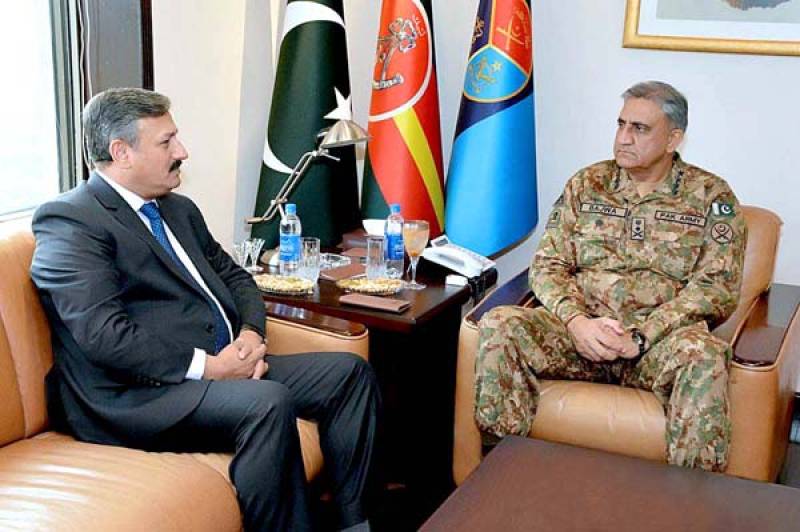 He said this while visiting ISI headquarters in Islamabad on Friday.

General Bajwa commended the contribution and sacrifices of ISI officials in country's defence.

He was given a detailed briefing on the internal and external security situation of the country and ISI's role towards strengthening of national security including its efforts in countering terrorism.

Earlier on his arrival, Army Chief was received by ISI Chief Lt Gen Rizwan Akhtar. The COAS laid the wreath at Yadgare Shuhda to pay homage to the shuhada of the ISI.