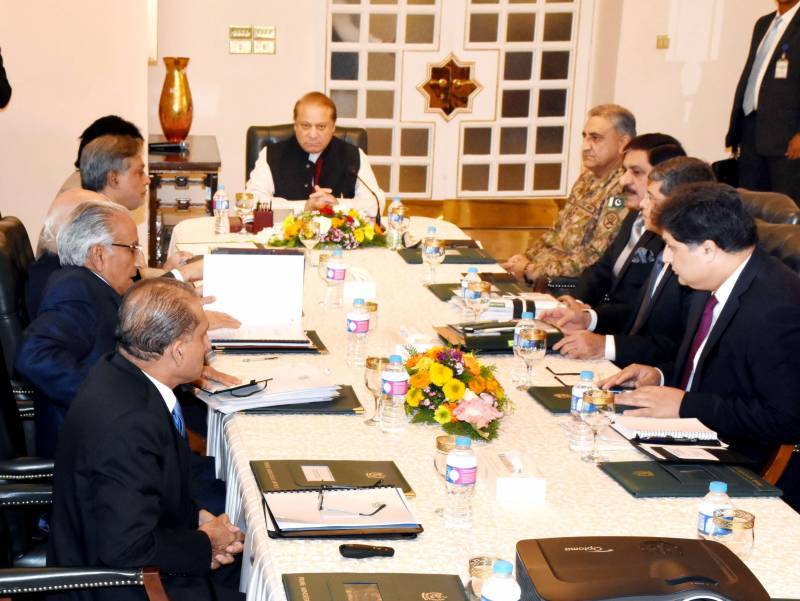 ISLAMABAD - The federal government is considering a constitutional amendment to continue the military courts for a period agreed by all political parties represented in the Parliament, Radio Pakistan reported.

This was revealed during a meeting on Pakistan’s foreign relations held in Islamabad on Monday with Prime Minister Nawaz Sharif in the chair.

The meeting emphasized that the military courts played an important role against extremism and terrorism and translated the actions under operation Zarb-e-Azb into meaningful and tangible national gains.

The meeting reviewed internal and regional security situation in detail with a view to further strengthen gains made through counter-terrorism operations.

Pakistan has reiterated its clear-cut policy of zero tolerance against terrorism and extremism to accomplish internal peace as well as supplement its foreign policy initiatives. It resolved to carry out continued efforts at all levels to achieve national policy objectives.

The participants agreed that Pakistan would continue its efforts for attaining internal peace and play its due role for a peaceful region.