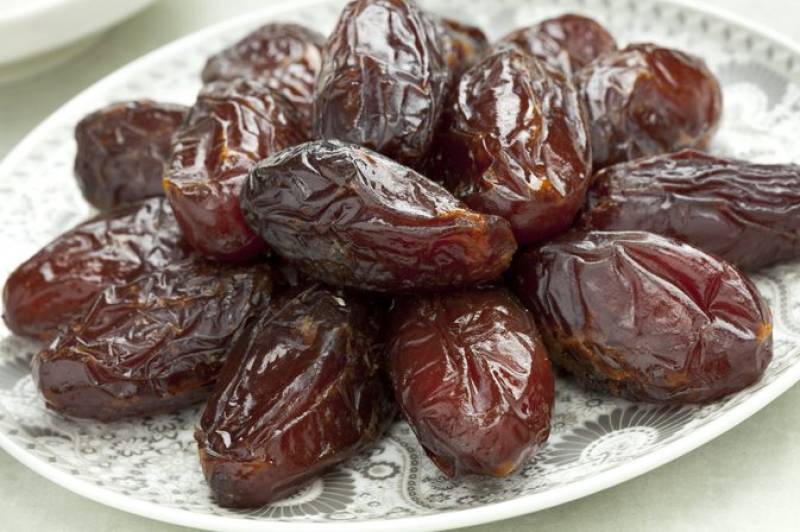 ISLAMABAD - The Saudi government has handed over a gift of 80 tons of dates to the World Food Program for distribution among the needy people of Pakistan to help meet their nutritional needs.

The Charged Affairs of the Embassy Habiballah Al-Bukhari handed over the consignment of dates to the World Food Representative Finbarr Curran before inking an agreement, at a ceremony held here at the embassy of Saudi Arabia.

The World Food Program would distribute the dates amongst the registered families on behalf of the Government of Saudi Arabia.

The donation has come from the King Salman Humanitarian Aid and Relief Centre that has emerged as an international model of excellence for the provision of humanitarian aid.

Saudi Charge d’ Affairs Habiballah Al-Bukhari said the gift of the dates to Pakistan was an annual feature and reflective of the fraternal bonds between Pakistan and Saudi Arabia.

He said Saudi Arabia was a pioneer in reaching out to the neediest and was doing it as its religious and moral obligation.

He said the Kingdom, being a regional leader in these efforts donates almost 1.9 percent of its Gross National Product to around 80 countries, in the form of humanitarian, development and grant assistance.

Finbarr Curran WFP Representative and Country Director said his organization has had a long-standing relationship with Pakistan and had also worked with Saudi Arabia in assisting it to reach out to the needy people across the globe.

The dates provide a range of essential nutrients, vitamins, and minerals, and pointed out that their consumption contributes towards ensuring diet diversity which in turn helps reduce micronutrient deficiencies, said Finbarr.

The WFP was looking forward to furthering the partnership with the Government of the Kingdom of Saudi Arabia and the King Salman Humanitarian Aid and Relief Centre, in their efforts to extend their reach with the cooperation of the Government of Pakistan to improve food security and nutrition in the country, added Curran.

The representative of the Saudi Ministry of Finance Mohammed bin Saad Al-Haqbani, Director of the Office of the King Salman Humanitarian Aid and Relief Centre in Pakistan was also present on the occasion.