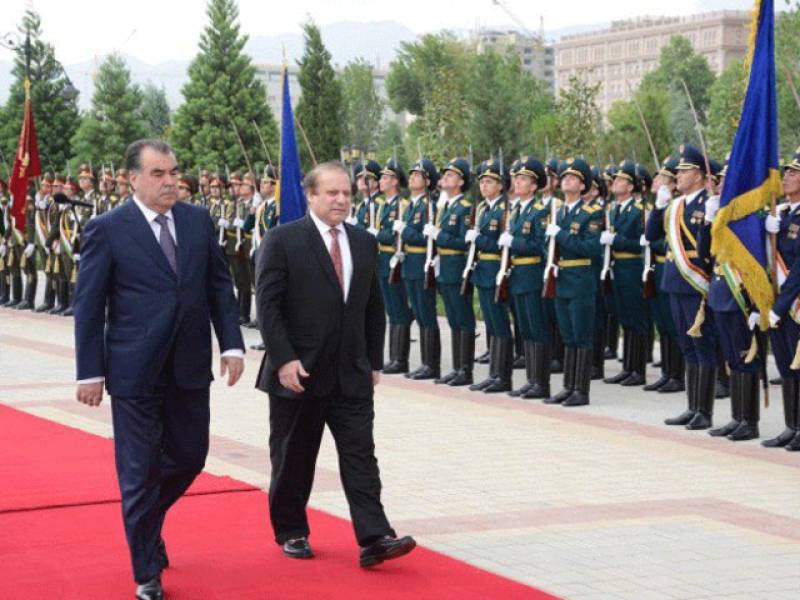 DUSHANBE (Web Desk) - Prime Minister Nawaz Sharif has underlined the need for integrated and coordinated efforts at regional and international level to cope with water and sanitation related issues.

He was addressing the International Conference on Water for Life in Dushanbe, Tajikistan on Tuesday, Radio Pakistan reported.

Nawaz Sharif said water is crucial for many of our goals from poverty eradication and cross-sectoral economic growth to environmental sustainability and food and energy security. He said a balanced approach should be followed to ensure effective use of this source of life.

He said global demand for water is ever increasing. Urbanization and climate change add to the complexities of the challenge. Risks of flooding and drought due to climatic and other factors, threaten lives and livelihoods undermining sustainable economic growth and prosperity.

Appreciating Tajikistan for investing time to further the global water agenda in the past years, he said these efforts have helped promote awareness and catalyze partnerships at all levels.

The Prime Minister said that Pakistan being host to some of world's biggest glaciers and water stressed country; we have attached high importance to water related issues.

He said Pakistan has made steady progress in improving access to safe drinking water, in pursuance of the millennium development goals.

Nawaz Sharif said Pakistan is committed to achieving one hundred percent access to improved drinking water and sanitation and sufficient and unhindered supply of water for domestic, agriculture and industrial through implementation of sectoral development plans and strengthening institutional capacities with well-defined human resource development plans.

He said it is our fundamental priority in the water sector to expand existing infrastructure, improve governance and ensure efficient management and use of water resources.

The conference is also being attended by United Nations (UN) Secretary General Ban Ki-moon and other world leaders.

The conference is being hosted by Tajikistan in pursuance of the UN resolution which was co-sponsored by Pakistan.

Talking to APP, Pakistan's Ambassador to Tajikistan, Tariq Iqbal Soomro said on the sideline of the conference, the Prime Minister would hold a one-on-one meeting with Tajik President Emomali Rahmon, followed by delegation-level talks.

He said both the leaders would discuss bilateral relations and regional as well as international issues.

Fast tracking work on CASA-1000 and promotion of bilateral trade will be on the top of the agenda.