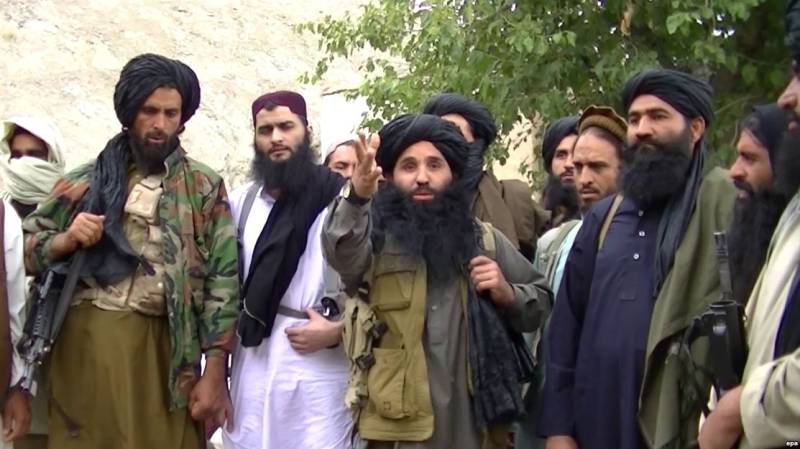 WASHINGTON - The US State Department has placed a reward up to $5 million for any information leading to the leader of the Pakistani Taliban, linked to series of attacks inside Pakistan and the 2010 bid for Times Square car bombing in New York.

Under its 'Rewards for Justice program', the State Department announced on Thursday that up to $3 million each would be paid for information on Abdul Wali (leader of Jamaat ul-Ahrar) and Mangal Bagh ( leader of Lashkar-e-Islam) as well.

"Each of these individuals is believed to have committed or to pose a significant risk of committing, acts of terrorism that threaten the security of the United States and its nationals. In addition to opposing the Pakistani military, one of TTP’s stated goals is the expulsion of Coalition troops from Afghanistan. The group has demonstrated a close alliance with al-Qa’ida, and, since 2008, has also repeatedly publicly threatened to attack the U.S. homeland" said a statement posted on the department's website.

According to US officials, TTP-led by Mullah Fazlullah, gave explosives training to Faisal Shahzad, who failed in his attempt to set off a car bomb in Times Square in May 2010.

Moreover, the militant group was behind the Peshawar school attack (APS) in December 2014 and killed 148 people, including 132 students. As per US authorities, TTP also orchestrated another attack in December 2017 in the same city, killing nine. 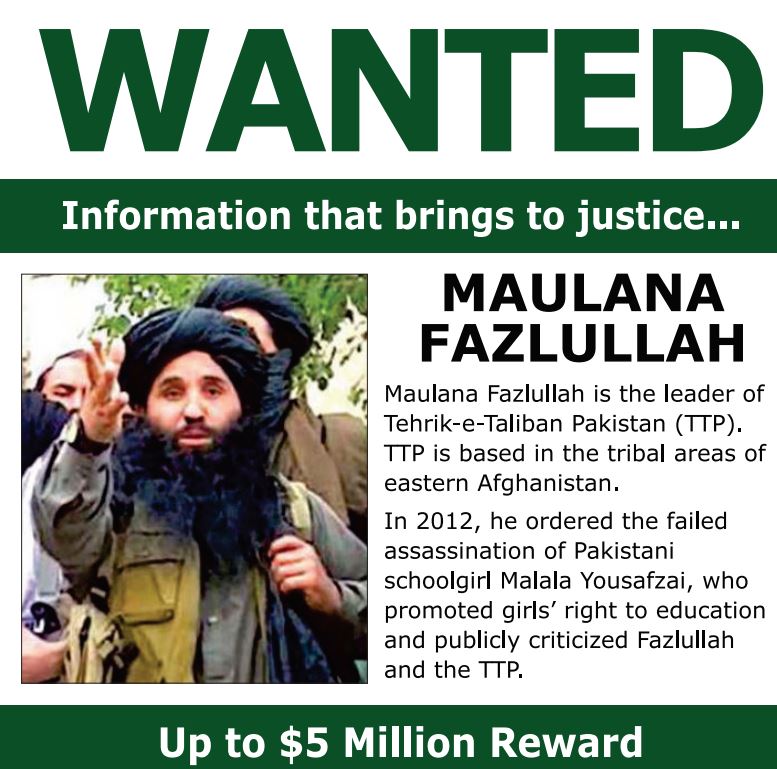 "Fazlullah also is responsible for the June 2012, beheading of 17 Pakistani soldiers, and October 9, 2012, shooting of Pakistani schoolgirl Malala Yousafzai. In 2015, the Department designated Fazlullah as a Specially Designated Global Terrorist under Executive Order 13224, which freezes all of his assets based in the United States or in possession or control of U.S. persons" stated the department.

Detailing the activities of Abdul Wali, US State Department stated that he was the leader of Jamaat ul-Ahrar (JUA), a militant faction affiliated with TTP and under his leadership, JUA staged multiple attacks in the region targeting civilians, religious minorities, military personnel, and law enforcement.

"He was responsible for the killing of two Pakistani employees of the U.S. Consulate in Peshawar in early March 2016" claimed the department.

Regarding Mangal Bagh, the department stated that he was born in Khyber Agency, Pakistan, and was believed to be in his mid-forties. He studied at a madrasa for several years and later fought alongside militant groups in Afghanistan. Under his leadership, LeI operatives attacked NATO convoys. 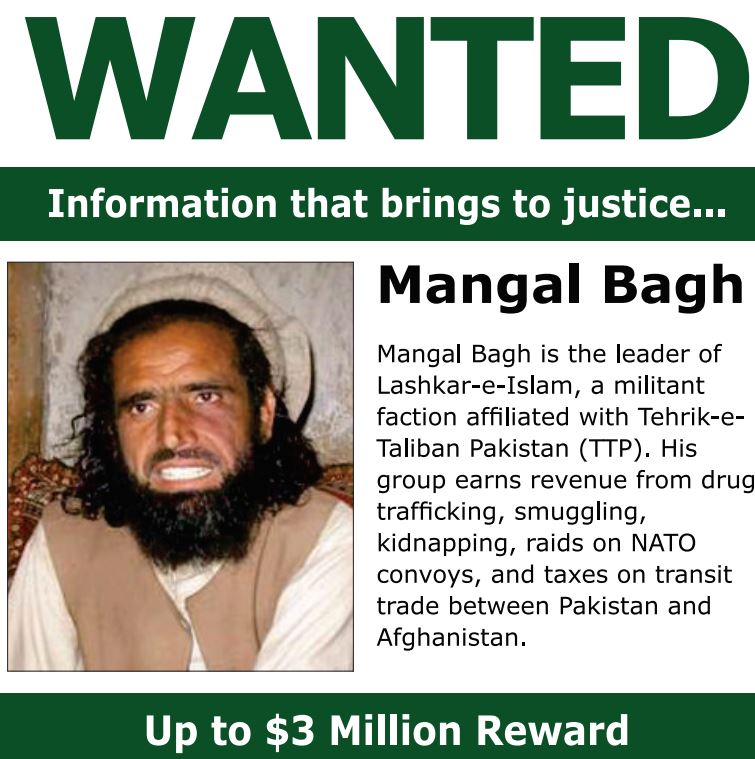 "His group generates revenue from drug trafficking, smuggling, kidnapping, and collection of “taxes” on transit trade between Pakistan and Afghanistan. In September 2007, the Government of Pakistan announced a reward offer of about $60,000 for the capture of, or information leading to the arrest of, Mangal Bagh" stated the department.

In a separate move, the State Department also added two members of the Kenya arm of the violent al-Shabaab extremist group, linked to deadly attacks in the country, to its list of “specially designated global terrorists”: Ahmad Iman Ali and Abdifatah Abubakar Abdi.

The son of outlawed Tehreek-i-Taliban Pakistan (TTP) chief Mullah Fazlullah, along with 19 other militants, was killed in the US drone strike across the border in Afghanistan on Wednesday morning.

The TTP confirmed the drone attack on its facility in Afghanistan’s Kunar province and the killing of Mullah Fazlullah's son, Abdullah.

In a text message sent to media in Bajaur Agency on Wednesday evening, the proscribed outfit stated that 20 “Fidayeen” (suicide bombers) were killed and six others wounded in the drone attack.

It blamed Afghan intelligence agency for providing a tip regarding the presence of militants in the area. according to sources, drone fired missiles at Ghazi Camp run by the Tehreek-i-Taliban Pakistan in Kunar near the Pakistani border, Dawn News reported.