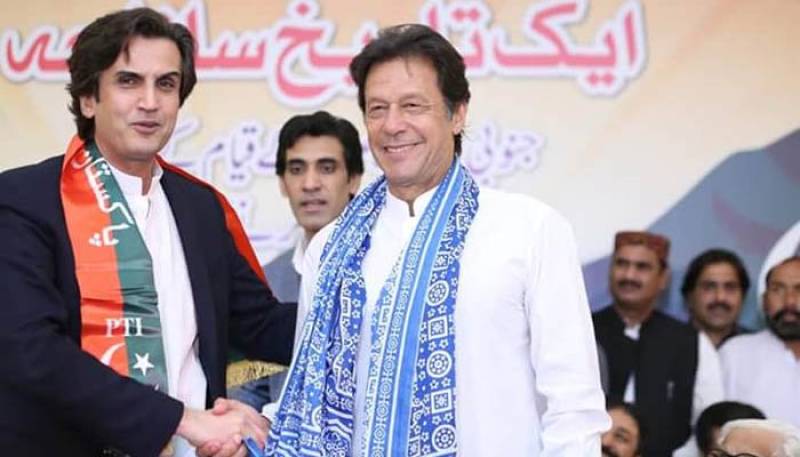 The announcement came as MNA Khusro Bakhtiar, who heads a group of national and provincial lawmakers under the name Junoobi Punjab Sooba Mahaz, addressed a press conference alongside PTI chief Imran Khan.

He also referred to the statement of Imran Khan made during the recent Minar-e-Pakistan rally wherein he promised to make a separate South Punjab province.

"Imran Khan and I have decided to join hands." declared Bakhtiar.

ISLAMABAD - In another devastating blow to the embattled Pakistan Muslim League Nawaz, as many as 8 legislators ...

Speaking on the occasion, the PTI chief said he was fairly new to politics adding that a lot of promises were made about the creation of South Punjab province.

"Political forces have been making promises for years but have never fulfilled them. Some came into power thrice and still say if they get one more chance they will make a Naya Pakistan," he said in a reference to Pakistan Muslim League Nawaz.

Khan expressed that it was very difficult to administer big units adding that people from cities across Punjab were moving their businesses in Lahore because the government only invests there. 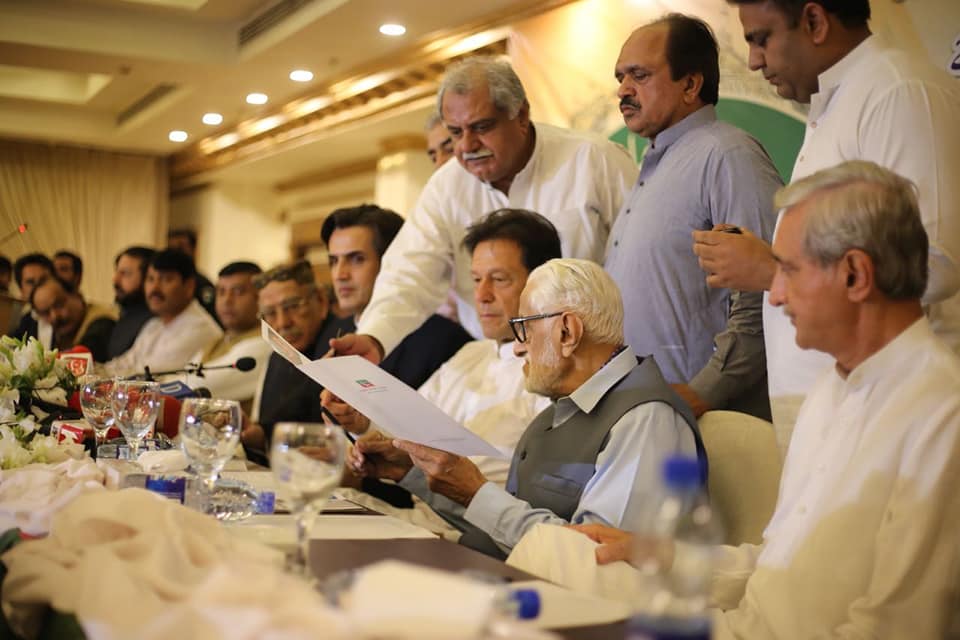 Admitting that the establishment of a new province was not an easy job, Imran Khan also highlighted the need for the merger of FATA with Khyber Pakhtunkhwa.

Khan stated that there would be no electoral alliance with any party, adding that the elections should be on time.

The lawmakers from South Punjab parted ways with the ruling party last month and announced the launch of a mass movement — Junoobi Punjab Suba Mahaaz — to make southern Punjab a separate province.

After their defection, Chef Minister Punjab, Shehbaz Sharif expressed that he had made every effort to develop the southern part of the province, lamenting that what the defectors had done for the cause of a separate province.

A PTI delegation led by its senior leader from the region, Shah Mahmood Qureshi and Jahangir Tareen had been holding consultations with the lawmakers to devise a joint strategy for the upcoming elections, following which they announced to join hands with PTI.