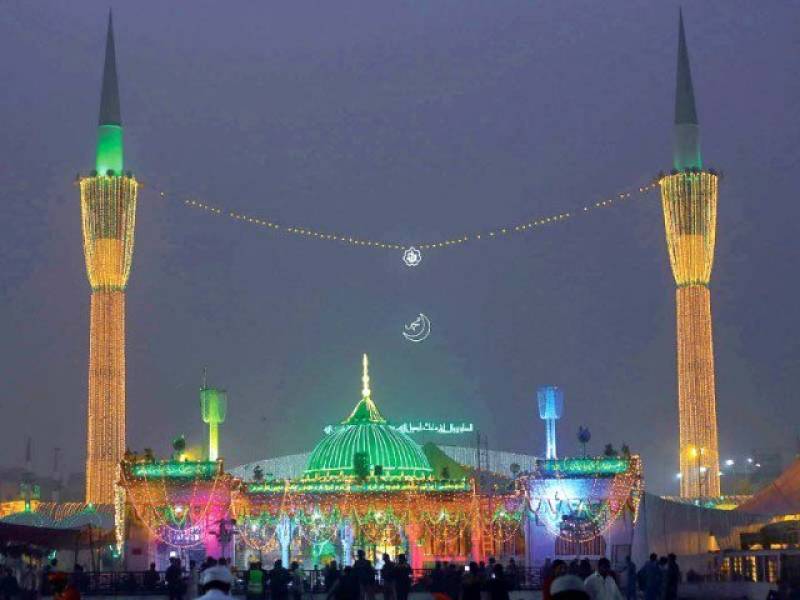 According to the notification, all offices and educational institute of district level will remain closed. The  holiday will not be applicable on Civil Secretariat employees and its related staff. 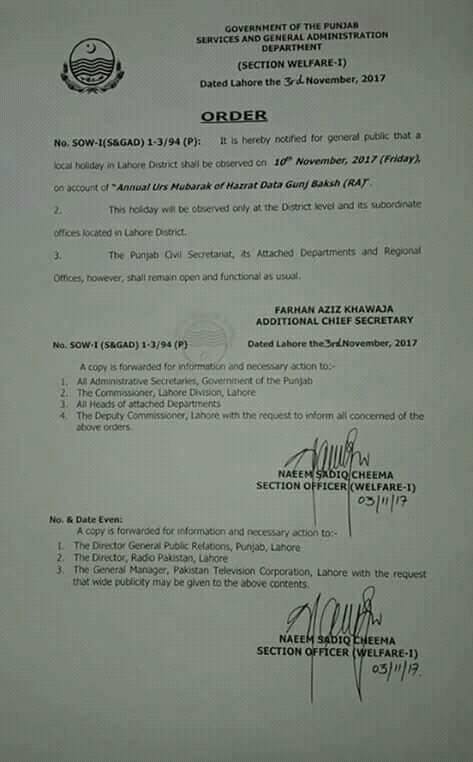 A public holiday will also be observed in Lahore High Court (LHC) and lower courts of the provincial capital.

Meanwhile, the devotees have started arriving in huge numbers at the shrine of one of the greatest Sufis of sub-continent.

The devotees also danced to the beats of drums and are paying their respects with zeal and zest.

In addition, heavy security arrangements have been made for the three-day Urs celebrations that will conclude on Nov 11.