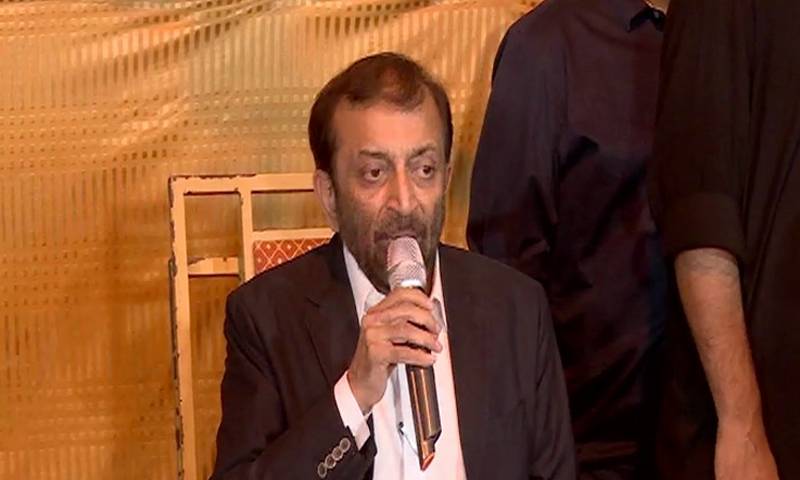 Earlier, Farooq Sattar announced to quit the party and politics, hours after Rabita Committee had expressed its confidence in his leadership after high-level huddle on Thursday.

The decision also comes a day after MQM-Pakistan and Pak Sarzameen Party had announced to contest for general elections 2018 under ‘one name, one election symbol.’

"MQM is the voice of Muhajirs; it was the voice before August 22 and will remain to be so," he said at the press conference, referring to the day that led to Sattar sidelining party founder Altaf Hussain.

"Don’t go so far in spreading hatred against Altaf Hussain that you harm your own people. The tone used by Mustafa Kamal yesterday was not of unity and reconciliation," said Sattar, before adding that he could "have said all of this yesterday, but didn’t want to grab the mic from Mustafa Kamal Bhai". "MQM is a reality, MQM is here to stay."

On Wednesday, Kamal had made it clear that “it [the alliance's name] would be anything but MQM”. "I am not backing down from what I stand for — we came to bring down Altaf Hussain and destroy his toxic legacy,” he had maintained. “Farooq Sattar may not be comfortable with PSP at this moment, but we have categorically decided that we will not unite under the name of MQM.”

Referring to Kamal's comments, Sattar said: "You [Kamal] are saying that you can’t negotiate with MQM — but you were sitting right next to me and saying this. I am part of MQM."

He also dismissed the notion that MQM and PSP were in negotiations for the past six months. "I have not met Mustafa Kamal alone; we've only interacted socially."

Sattar said that he would not have criticised Kamal, but was forced to as his "feelings were hurt".

"I'd decided to take the negotiations with PSP forward; I had even drafted an agenda but Kamal tried to teach me the way forward, he asked me to let go of my struggle for the Muhajir community and think about national politics," he said, lashing out at the PSP leader.

"Our struggle is against the mistreatment suffered by the Muhajir community. We are against the quota system, the very system which technically ended after 2013 but is still followed by the government," claimed the MQM leader. "Yet, no court or institution has bothered to take action against this illegal practice."