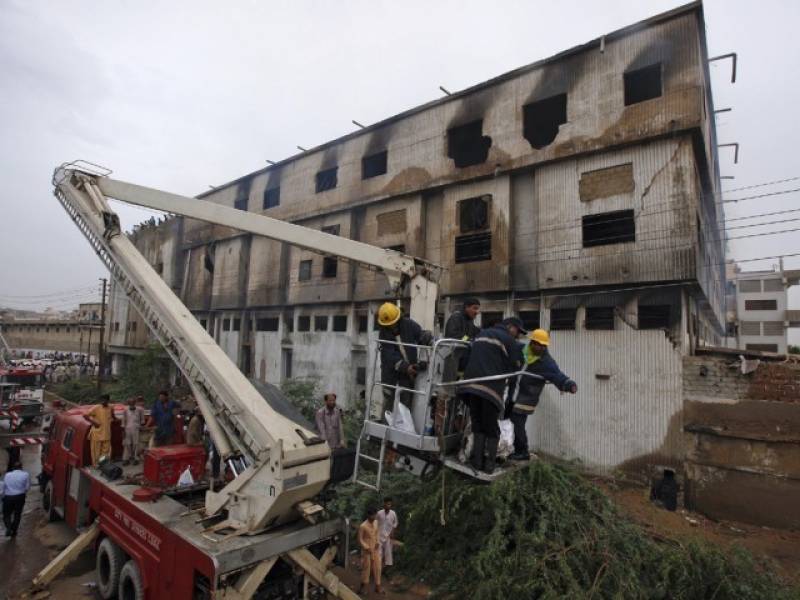 KARACHI (Staff report) - A report by Joint Investigation Team (JIT) that interviewed the owners of Baldia Twon factory, has revealed that an 'extortion group' was behind the arson attack that led to the country's deadliest factory fire claiming 259 lives in 2012.

The team has prepared an initial report after recording statements of the factory owners in Dubai.

According to the JIT report the fire did not erupt at its own in the factory rather it was ignited upon refusal to pay extortion money. The attackers also used chemicals to start fire in the factory.

The Joint Investigation comprising of Police, Rangers, FIA and ISI officials further recommended that detailed forensic tests of factory building should also be conducted to expose the actual reason behind factory fire.

Previously the law enforcement agencies arrested as many as three criminals who confessed to igniting fire at the factory. The criminal s are said to be associated with Muttahida Qaumi Movement (MQM).