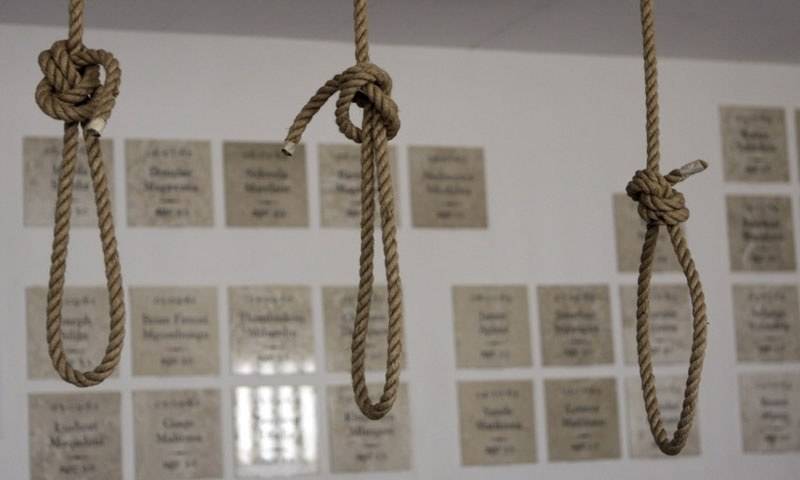 BAHAWALPUR (Online) - As many as three prisoners on death row were hanged today (Wednesday) in new central jail Bahawalpur and central jail Vehari.

Muhammad Aslam, who had been convicted for killing two persons in 1992 in Bahawalpur, was hanged in Bahawalpur jail early in the morning.

Meanwhile, Muhammad Bashir and Mohabbat Ali, who had been convicted for killing two brothers over a land dispute, were hanged to death in the district jail Vehari.

The bodies were handed over to the families after medico-legal formalities.