Gawadar to be made new division of Pakistan railways, announces Sheikh Rasheed 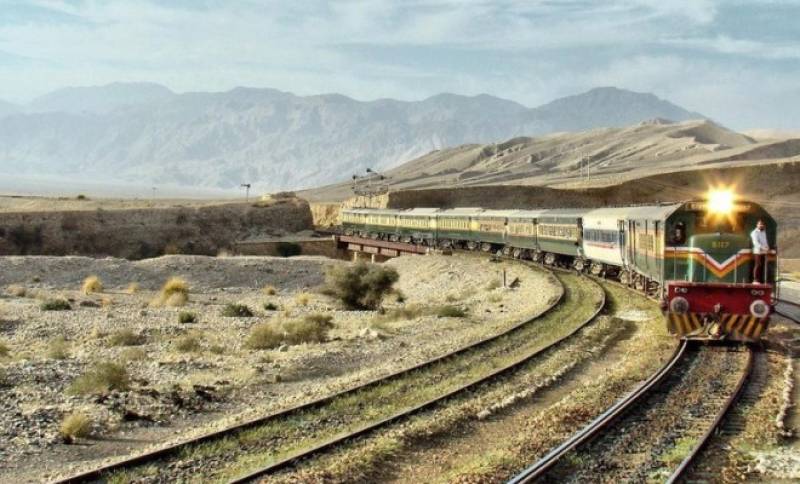 LAHORE - Federal Minister for Railways Sheikh Rashid has announced that Gwadar would be made the eighth division of railways and the ministry would give extra benefits to those officials who are willing to work for the development of railways in the port city.

Addressing a press conference at the Railways Headquarters on Saturday, the minister announced that a 700km Quetta-Taftan railway track would soon be completed to improve ties with neighbouring Iran.

Pakistan Railways was a backbone of CPEC projects, Rasheed said and added that Gawadar would be a hub for economic activities. "We would increase land for railways from 250 acres to 300 acres."

He stated that the ministry would discourage single bidding in upcoming projects of railways and encourage open competition in awarding the tender.

The minister showed his willingness to work with National Logistics Cell and Frontier Works Organisation, saying that by working with these agencies the money will remain in the national kitty.

“I am committed to take railways out of deficit within one year, for which we are focusing on our freight sector," Sheikh Rasheed said.

"We are signing agreements with many companies to use railways infrastructure and soon we will start a world-class courier and freight service too,” he added.

The Pakistan Railways is scheduled to inaugurate two passenger trains – Margalla and Mianwali express – on September 14, which would run between Lahore-Rawalpindi and Rawaplindi- Mianwali junctions simultaneously. “We will run two more passenger trains in coming months,” the minister informed.

One train will run between Mohenjo-daro, Sindh to Kotri and the other between Peshawar and Karachi junctions. “Pakistan Express that started 12 years ago in my tenure is the most successful train and these new trains will also prove effective,” he hoped.

Rasheed also announced to provide Rs100 million annually for the construction of dams as a contribution from Railways.

“On Rs100 ticket the ministry will charge Re1 extra and Rs2 on more than Rs100 ticket. For air-conditioned sleeper coaches, the fare will be increased up to Rs10,” the minister announced.