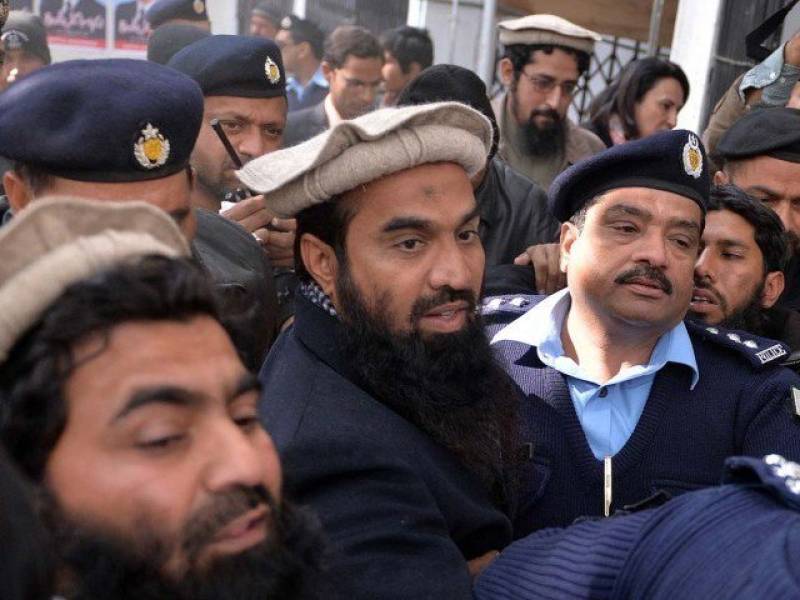 The high court had yesterday ordered Lakhvi’s release as the Punjab government badly failed to convince the LHC about his detention.

Lakhvi, a central leader of Jamaat-ud-Dawa, is accused of being mastermind of the Mumbai attacks that killed at least 166 people in 2008.

On Thursday, Justice Muhammad Anwarul Haq passed the order and directed him to furnish two surety bonds of Rs 500,000 each for his release. The judge expressed dissatisfaction over the contentions of the Punjab government and set aside the fourth detention. The court adjourned the hearing till the last week of April for further arguments.

A law officer, on behalf of the Punjab government, presented the record of the sensitive reports prepared by the intelligence agencies about the activities of the petitioner. However, Advocate Raja Rizwan Abbasi told the court that the record presented by the government was not secret information as it was easily available on Internet.

The court held the information was not convincing/enough to keep the petitioner under detention.

In the previous hearing, the court had directed the Punjab government to submit ‘sensitive reports’ on Lakhvi to see why Lakhvi had been detained despite suspension of his detention orders.

Lakvhi filed another petition in the Lahore High Court and submitted that he had filed a representation before home secretary against his detention, but he rejected his request. He said his detention was illegal as he had been freed by the IHC and a person could not be detained beyond 90 days without obtaining an order from the provincial review board comprising judges of the high court.

Saying that the release of Lakhvi was extremely disappointing, the Indian government asked Pakistan to ensure terrorists like him do not come out of jail.