Newly invented battery to charge your phone in 'one minute' 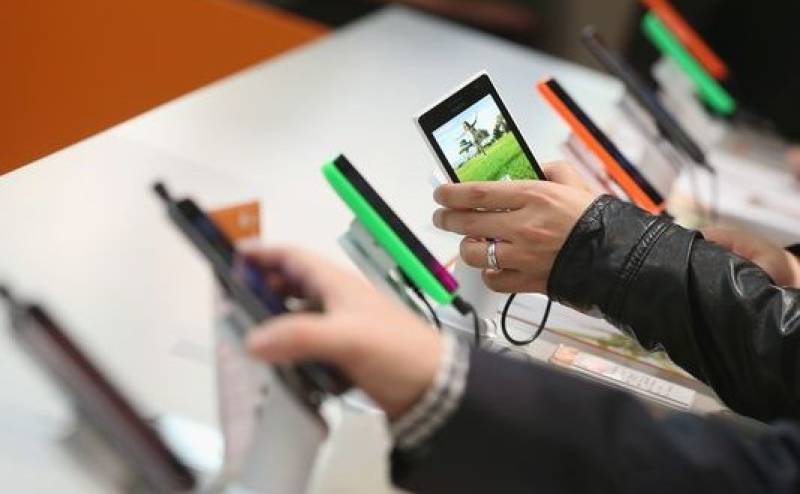 NEW YORK (Web Desk) - Researchers at Stanford University have developed a new battery that could charge smartphones in one minute, reported Customs Today.

Their newly invented aluminium-ion battery has “unprecedented charging times,” and is less likely to catch on fire than the lithium-ion batteries that are currently used in smartphones, laptops and other electronics.

Not only that, but the new battery also has a much longer lifespan than its lithium counterparts, durable enough to withstand up to 7,500 discharge cycles. (The average lithium battery is good for around 1,000). Professor Hongjie Dai told Stanford News

Our battery has everything else you’d dream that a battery should have: inexpensive electrodes, good safety, high-speed charging, flexibility and long cycle life. I see this as a new battery in its early days. It’s quite exciting.

Although the battery is safer, cheaper to produce and more environmentally friendly than the batteries currently being used, it’s still in the prototype stage. Dai and his team have published their findings in the journal Nature, but reading that article is as close as we’ll get to this technology for a while. Until then, here are a few ways you can make the most of the smartphone battery that you’re stuck with.

Keep your charger with you. It sounds self-explanatory, but throws your charger in your bag before you leave the house or double-check to make sure that it’s in your carry-on. Sometimes meetings last longer than you anticipate, you have to rely on Google Maps more than you thought or a layover stretches into a flight delay. I also keep an outlet splitter (which you can pick up for $10 or less) in my travel bag to ensure that I can score a place to plug in at the airport. It’s also the way to become everyone’s best friend in at the departure gate.

Charge when you can. This seems like another no-brainer, but plugging your phone in for ten minutes can make a massive difference. I’m not above ducking into a coffee shop for a flat white I don’t want, just to make use of one of their wall outlets.

Get the most from your charging time. If you’re plugging in for a quick boost, put your phone on airplane mode. If you’re waiting for a text or a call, just turn off wifi, Bluetooth and the push notifications for your apps. Also, pop it out of its case before you plugs in; some forums suggest that high temperatures can slow the charging process down. And while it’s charging, at least try to leave it alone. Distract yourself by stirring that coffee you just bought or building a sugar packet fort.

Carry a portable power source. There are countless packable, portable charging options out there, from battery life-extending cases like the Mophie Juice Pack to pocket-sized power bricks that you connect your phone too. I’ve been pleased with the charging speed from the InCase Portable Power 5400, which has enough kick to fully recharge an iPhone twice. There’s even a credit card sized Travel Card Charger that could be stored in your wallet for power in a pinch. If you have more extensive charging needs beyond just a smartphone, there are backpacks like the AMPL that can power up to six devices on the go.

Despite the existing charging options, it seems like there are always new products on the way and a lot of them like this Kraftwerk Portable Power Plant start out on crowdfunding sites. Yes, you’re taking a chance by backing an unknown or untested product, but that’s a risk with any new technology. Plus, by supporting the project early, you can typically save money, get a second device or any number of other perks that developers extend to backers.