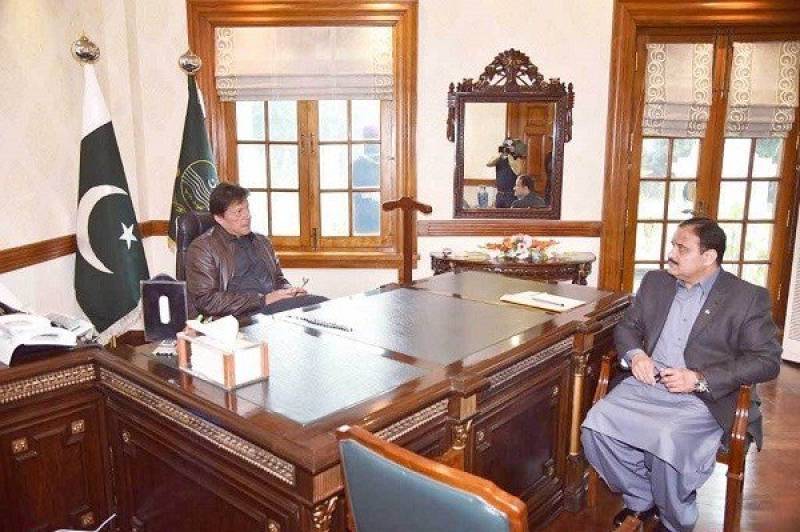 LAHORE - Punjab Chief Minister Sardar Usman Buzdar on Wednesday called on Prime Minister Imran Khan, who is on a day-long visit to the provincial capital.

Matter of mutual interest, overall political situation and administrative issues of the province were discussed during the meeting.

CM Buzdar apprised the premier about performance of provincial ministers and construction work on shelter homes in the province.

The premier will also preside over a meeting of Pakitan Tehreek-e-Insaf’s (PTI) parliamentary party of Punjab at 8-Club Road, to discuss political and financial affairs of the province.

Furthermore, it is anticipated that a meeting over Naya Pakistan Housing Scheme would also be called to examine matters pertaining to low-cost housing units in Lodhran and Renala Khurd.

Under the scheme, housing projects in Lodhran and Renala Khurd are expected to be inaugurated soon.

The prime minister is also expected to be briefed over the proposed amendment in the existing local government laws.