Top 6 scams that you will inevitably encounter in Pakistan 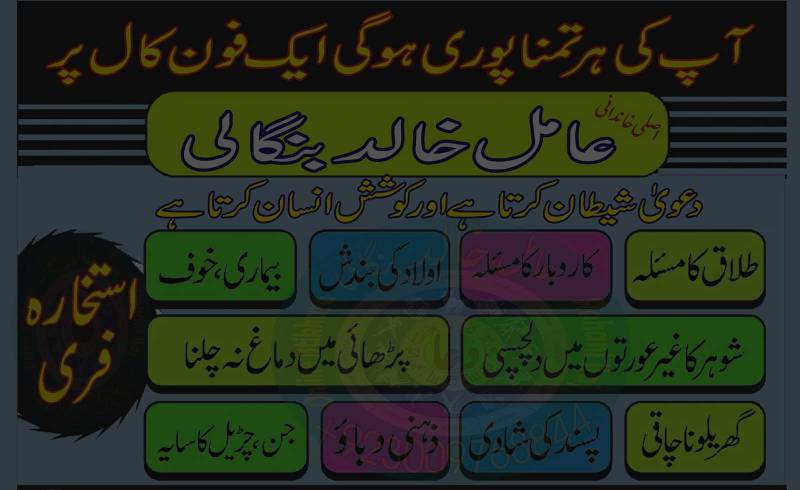 Con artists of all sorts seem to be creeping up from ever nook and cranny of the Pakistani society. As we advance technologically, the new world is an open ground for the clever minded who will do just about anything to fill their pockets. Let's take a look at the 6 most innovative types of frauds which are rampant in Pakistan today.

Perhaps the most dangerous type of con artists, it seems that a true faith healer is an exception rather then the norm these days. Faith healers, who are otherwise known as Pirs, hold the view that due to there immense devotion to Islam, they are qualified to rid other people of their problems. While this does not comply with Islam, faith healers continue to prey on the weak and uneducated. Horrid stories of how women have been drugged and raped have surfaced over the years. One such episode in the Toba Tek Singh district of Punjab was reported in which the victims mother actually took her to visit the faith healer, who raped her. Due to the nature of this crime, many victims don't go to the authorities. We can only speculate as to how many of these heinous incidents really occur in Pakistan.

With the advent of cameras in mobile phones, video blackmailing is now perhaps the most common form of blackmailing undertaken in Pakistani society. Most cases point to the perpetrator initially recording videos of there victim doing private acts. Usually, the blackmailer uses drugs to impair the victims senses during the acts, while sometimes the victim is enticed through future promises. In both cases, once the blackmailer has the required video, they blackmail the individual for monetary and physical favors. In extreme cases the victim has felt so helpless that they are led to commit suicide.

Some culprits have taken cyber-blackmailing to the next level. There has actually been an incident reported in Peshawar in which the blackmailer didn't even have any real compromising photos of the victim. The photos were made to look compromising by the use of a photo editing software. Once the editing had been done, the culprit went on to blackmail an innocent girl for great sums of money.

While this is almost a readily acceptable practice in Pakistani society today, a lot depends on how you go about it. One such example is the immense counterfeit facial and body creams that are in the market. The counterfeits often have disastrous effects on the users' skin. However, culprits are rarely, if ever, apprehended.

Having recently picked up in popularity, these types of cons are often aimed at trying to tell a victim a heart throbbing story and then immediately trying to procure as much money as possible. This can range from a family at a filling station implying that they have run out of money for gas to the age old technique of crying to try and emotionally blackmail the victim. This practice inculcates a general mistrust in society and therefore must be discouraged.

As users in Pakistan have crossed the 131 million mark. We see that while mobile reach has increased, so have the number of frauds which are being conducted through the use of mobile phones. One popular such con is when you receive a message with a sad story ending with a request for mobile credit. Another such scheme was developed under the pretext of the Benazir Income Support Fund. Victims would receive a message saying that they have been entitled to receive funds under the program. Through this technique, the con artist successfully obtains private information as well as fake payments for entry into the program.

If you or anyone you know has been a victim of such a scam, immediately contact the Federal Investigation Agency (FIA) which is the agency appointed by the government for these type of cases. However, prevention is better then a cure so the best measure is to get the word out and always be on the look out.