The beasts of violence, art and love 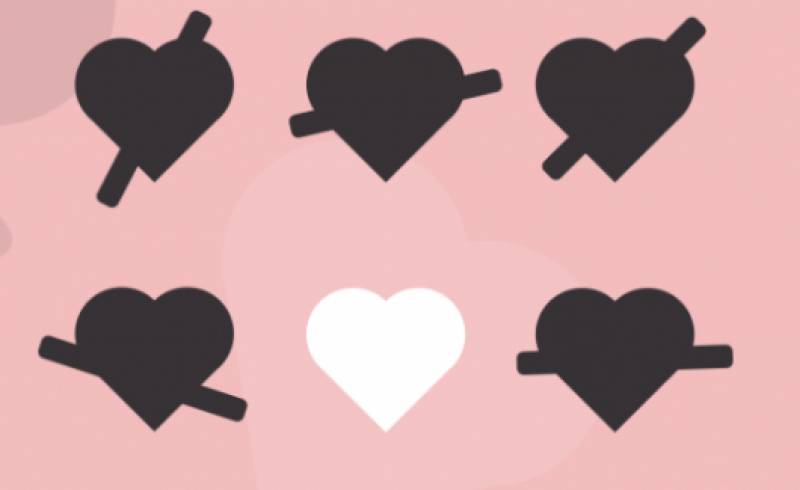 I'm a poet, I compose poems, dreams and realities (if there is anything like reality). I construct and deconstruct words, ideas and sometimes living persons. I create and open the doors of astonishment, I give life to the dead volcanoes of olden times. I move the hearts and sometimes even make them still; I kill.I'm a poet and you know they don't pay well for creative writings.

The only other profession related to creating and deconstructing is to kill people for mone, so I'm a hired gun, a professional killer. I am a rich person, people respect me and I don't feel any change in my creative activity while writing a poem or killing a person. It is the same thing indeed and no one can outperform me.

In my emotional life, as a poet and as a person, all my passions are tailored for her, all my dreams select her; And how painful for a possessive person like me it is that she is a public figure. Laila smiles in all the newspapers, magazines and the screens of the world satellite channels. She is the most popular showbiz star in the country. While I'm completely obsessed with her, always thinking about her, that people will not call a normal activity......normal is the most ticklish adjective for me.

From her sparkling eyes to the hourglass figure, she is called the paragon of beauty. But my madness is beyond this appearance. I cannot see her trampled by these loving looks all around. How much she would be tired of this love, fame and name.And how tired she would be by the unstoppable occupation of keeping herself fresh, attractive and smiling all the time.

My love is as much for her freedom from this cage of fame and name as for her person. It was in this emotional trance of my life that the most attractive offer for a murdered appeared all of a sudden. Though I'm a hired gun, there's a rule that I kill for some reasons and that for some reasonable money. But this time the person I am asked to kill is the most inviting kill of my life. I had long waited for this moment; the moment that may liberate Laila and me both from this cycle of anxiety. They're asking me to kill Laila......and that for a huge payment. "I'm going to do this job.", I told them on the phone looking at my gun pensively.

And now it's time to leave, to act-----I put the gun before the rear window of my hatchback. I make a call to the client and he tells me, she is in the "Mad Mad Jazz Club", adding she goes clubbing most weekends. I make the car go faster. Soon it is the City's Club Land and I aim to the 'Mad Mad Club'. The hall was filled with hundreds of clubbers. I make a place for me (and my gun) in a dark corner.

So much life, such immortal colours of her entrancing face and vibrant body-----so deep smiling moments in her eyes that I was jazzed to meet that sight and killed her right that moment. Let me assure you when she mesmerised the space with her presence, I had to freeze that moment in her; I had to mummify that immortal moment, it's 'cause I killed her-----No no, it was not that simple yet breathtakingly beautiful and amazing to shoot her right in the heart ---- heart that throbbed cruelly to make me painfully disturbed.

------ "You were confused to be alive." , I said to her, "Yes you were really disturbed to be alive, you had to look beautiful, you were all the time smiling, these small people liked you, even loved you....No, let me say no, it was hard for you to live like that, you were so swinging, so carefree, so indifferent to everything, every...thing... even me." I kept speaking to her as after the gunfire, there was a rumpus, and I was again in the car. I put my foot down now and was moving fast. I spoke to her again, "You are enjoying peaceful freedom, without having to smile, talk, mix with the people, dance in the noisy parties.....and now, you don't have to smile, sing or shout any more.....how cool!

I accelerated the hatchback to my home now, and as I parked the car, I thought people are often amazed how nature creates such beautiful people, but I wonder how nature kills these beautiful people.....But, I shot her only to be peaceful with herself. Having those thoughts bouncing in mind, I unlocked the main door.

I wanted to have some moments there in the living room.......It was no other but Laila sitting comfortably in the armchair with her head resting on the retriever. She had the remote control in hand and watching TV. I calmly sat on the couch before her chair, put the gun at one side and took the scatter cushion in my arms while she had been looking at me all the time. And when I looked back into her eyes, she asked readily, "Aren't you surprised to see me alive and right here in your living room ?" and I said, "Nothing is more surprising than death when a whole life is transformed into nothing." I was smiling (perhaps).

And now for the first time in life, I watched her so closely. She was sitting just before me. I kept looking at her almost madly. She was in an elegant, trendy and tight dress. Her eyes were a water blue almost bloodshot. She was wearing dangly earrings, her lips pouted invitingly, clear complexion, soft rosy cheeks, the rich auburn of her shoulder's length wavy hair and a pearl necklace around her long neck. She was a full-breasted girl with heavy shoulders.

I watched her in a strange spell, her long delicate fingers, manicured hands, shapely legs, chubby thighs, dainty feet and slingback shoes.....and perhaps realizing this long, mad look, I spoke to her, "It's a vulgarity to sit so much alive like that, while I killed you a few minutes before......go and make tea...there is the kitchen." I pointed. She stood in an arresting fashion, left her bumbag on the occasional table and moved to the kitchen.

She was back holding mugs of tea in a few minutes. We sat before each other as we were sitting before......."You killed a girl a little while ago and now she is sitting before you...you don't feel any strangeness  ?", it was her turn to ask now. "I am a realist, so I'm never surprised." I said, "What kind of realist you are on the earth; It doesn't look a reality." "So be it", I said, "These so-called realists don't understand life in its entirety, so can never imagine well about life and even death. These illusions, delusions, dreams, whimsical thoughts are the real part of life.....", I paused here and she insisted, "Please go on, I want to understand it." "I think trying to understand something is itself a great folly.

And what about these so-called abnormal events, just as your being here before me. For me, realism is believing in shadows, dreams and phantoms also." I said and she asked in a whisper, "So  ?", and I said, "I'm confused too, 'cause I may tell you something that we both should not know yet that we shouldn't know ever."--------- she said, " You speak more interestingly than your poetry." And here I exclaimed, " You read me, you've got time to read me in such a busy life." And she read to me, my various poem from my different anthologies.....It seemed to me I listened to my poetry for the first time in life....and she said, "You are my favourite poet."

And the phone rang, "We are really sorry, she is in the New Colours Studio shooting her film. It was a misunderstanding...Are you angry? Would you please try it again only one time." And I said to the client, "I never entertain such absurd questions.

The girl I killed in the Jazz Club may be present in the studio. Everyone has a right to be present anywhere at the same time." "This time we are sure of it, please this last time." The client said. "Okay", I replied. Laila looked at me in a weird manner when I jumped up and took the gun. And she said in a surprised tone, "This seems to be a farce now. I am sitting before you and you're going to kill me elsewhere."..... "I am to complete this farce and I'm back in an hour."....."back to you", I stressed. When I was leaving the room, I looked back to her. There was something very unusual in her smile, almost impossible to understand.

I climbed like a cat burglar and reached the top windows of the Studio's main hall. The entire crew was present there shooting an action sequence in several takes. Laila was getting her face cleansed to wear the fresh make-up. Right there I shot her again in the heart. It was a 20-minute drive and I reached back home, unlocked the main door, and went straight to the living room. Laila was not there. I madly searched the home but she was nowhere.

I came back to the living room, there, I sunk in the armchair, pressed down with the physical exhaustion that haunted my body and seemed to reach my soul. There was a sudden feeling of violence, sex and love and I remembered she was sitting in this very chair a while ago.

The TV was still on, but there was some breaking news instead of regular transmissions. There was a large number of cameras, reporters, and the police. "It was just a mistake, the gun went off." Laila was telling the Police Chief in a broken voice. And before taken to the operation theatre she said, " He was my favourite......."-------- "Favourite what ????" the Police Chief asked almost hysterically. Rather than saying the word 'poet', that might lead the police to me, she smiled, a swan song perhaps, as she was declared dead from the operation theatre.

I looked at her tea mug or something made me look at it. The mug was half drunk and tissue was lying under it. I softly took the tissue, it was the very same tissue, she was cleansing her make-up within the studios. Lipstick, blusher, eyeshadow, mascara, lipgloss, lipliner, eyeliner, foundation and 'her skin's normal moisture', all wearing blood; a fresh, young, smiling blood. It seemed, she tried to save and leave for me the last part of her face------and I don't know how it unknowingly flashed in my mind, what was unusual in her smile when I was leaving for the Studios.....It was no more impossible to understand it. It was love and pain........or pain and love.