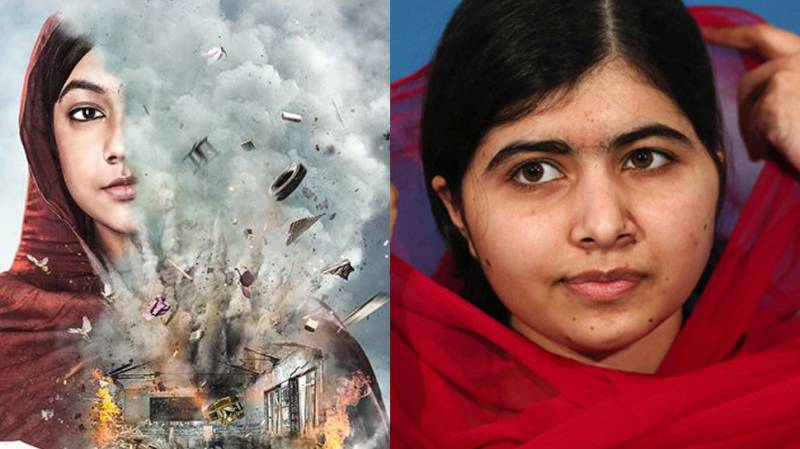 MUMBAI- The Bollywood movie based on the life of Pakistani activist Malala Yousafzai is all set to hit the theatres next month.

The movie, titled  Gul Makai, stars Reem Shaikh as 21-year-old Malala. Reem started her career as a child artist in 2009 and is known for starring in shows like Yeh Rista Kya Kehlata Hai and Diya Aur Baati Hum. Other actors include Divya Dutta, Mukesh Rishi, Abhimanyu Singh and Ajaz Khan.

The movie will be released on January 31, 2020, according to a tweet by Indian trade analyst Taran Adarsh. The movie’s synopsis reads, “Gul Makai accounts the courageous journey and struggle of Malala, from her humble upbringing in the Swat Valley to her becoming the champion for free education to all.”

The movie is a “small tribute to this lion-hearted girl who is in every essence a global citizen championing a cause that transcends boundaries, caste, religion and geography,” it adds.

Malala used the pseudonym Gul Makai when she used to write blogs for BBC Urdu explaining the life under Taliban rule. She was shot in the head and neck by terrorists for going to school following which her family moved to the UK for her treatment.

Malala is the youngest Peace Prize winner in history (at 17), education activist, author of I Am Malala and founder of the Malala Fund. She is devoted to raising money for education programmes.