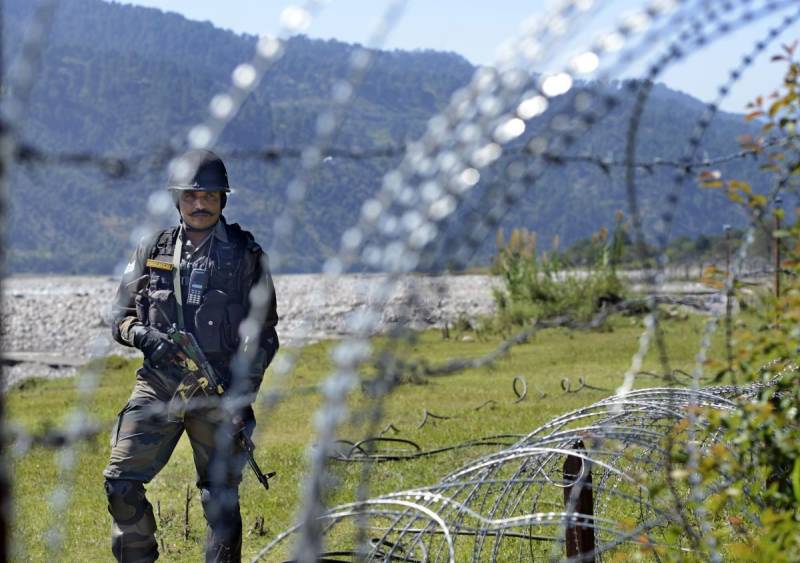 RAWALPINDI – The Pakistan Army said on Monday it has killed an Indian soldier and injured three others in response to unprovoked firing from across the Line of Control (LoC) in Azad Jammu and Kashmir (AJK), which seriously injured 10 civilians, including women and children.

According to a statement issued by the Inter-Services Public Relations (ISPR), the injured Indian soldiers included a major. During the last 24 hours, the Indian army fired across the LoC into Jandrot and Nikial sectors using mortars and heavy weapons, deliberately targeting the civilian population in Jabbar, Sandhara, Sumbal Gali and Dabsi villages of Kotli district.

Ten people, including two children and as many women, sustained serious injuries. They were evacuated to a nearby medical facility for necessary care, the ISPR said.

Pakistani troops “responded effectively” to Indian ceasefire violations and “substantial damage [was] inflicted on the Indian posts which initiated the fire”, the press release added.

Meanwhile today, the Foreign Office summoned Indian Charge d' Affairs Gaurav Ahluwalia and lodged a strong protest at the recent ceasefire violations by India along the LoC, which divides the disputed Himalayan region between the two neighbours.

He said such aggressive acts by India further vitiate the tense atmosphere along the LoC and are a threat to regional peace and stability.

The Director General added that by raising tensions along the LoC and the Working Boundary (WB), India cannot divert attention from the worsening human rights situation in the Indian Occupied Jammu and Kashmir (IOJ&K).

He called upon the Indian side to respect the 2003 Ceasefire Understanding; investigate incidents of deliberate ceasefire violations and maintain peace on the LoC and the Working Boundary.