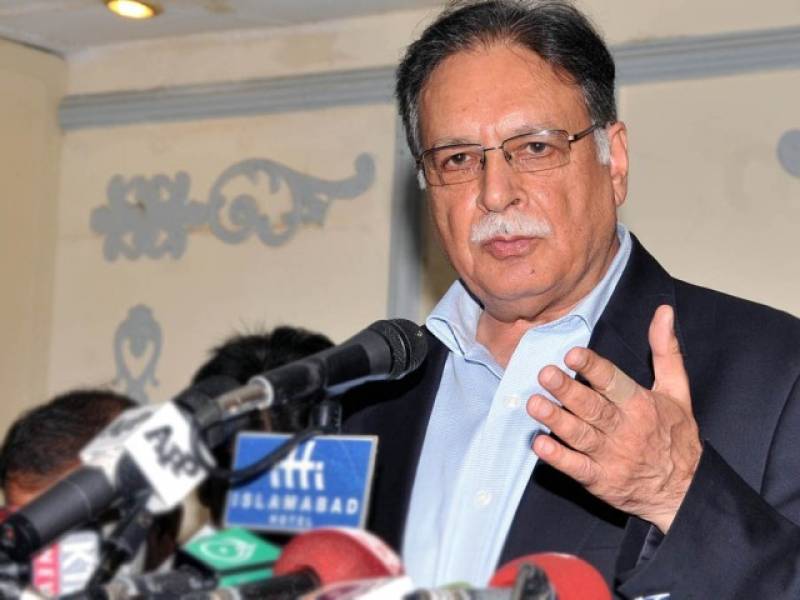 ISLAMABAD - In the run-up to a round of hotly-contested upcoming polls, Federal Information Minister Pervez Rasheed on Sunday said that the lethal crackdown on Pakistan Muslim League-Nawaz protesters by the Pakistan Peoples' Party-led Azad Kashmir government had made free and fair elections in the region impossible.

While addressing the media in Islamabad, the minister alleged that civilians in Azad Kashmir were being massacred under the supervision of the current Prime Minister in Azad Kashmir, a PPP stalwart.

He said weapons were being used to silence the voice of Kashmiris, while accusing the PPP's current leadership in Azad Kashmir of killing PML-N workers and supporters. "Look who is committing a felony in Azad Kashmir?" he questioned. "Two of our workers are martyred by PPP's leadership," he alleged.

He also questioned the credibility of Election Commission for not taking notice of the violence in the specially designated Azad Kashmir, which has been escalating over the last few days in the run-up to general elections.

He demanded dismissal of the PPP leadership that had allegedly been overseeing the violence.