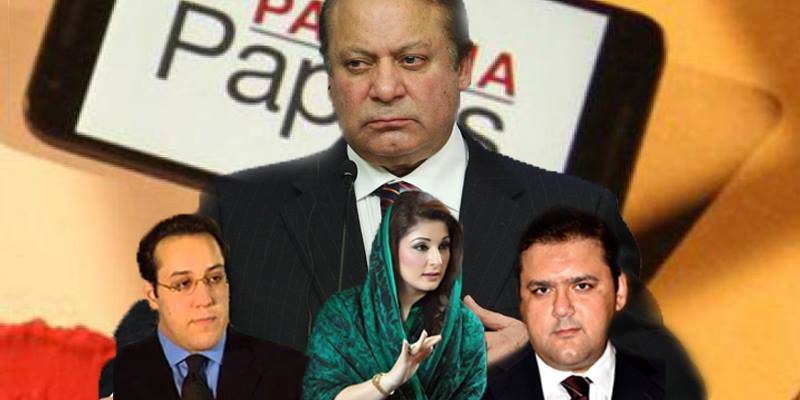 ISLAMABAD - Six members of Joint Investigation Team (JIT),mandated by the Supreme Court to probe the offshore assets of the Sharif family in the light of Panama leaks,  submitted the final report to the three-member implementing bench a short while ago on Monday.

The JIT members also brought a box to the apex court bearing a title 'Evidence'. 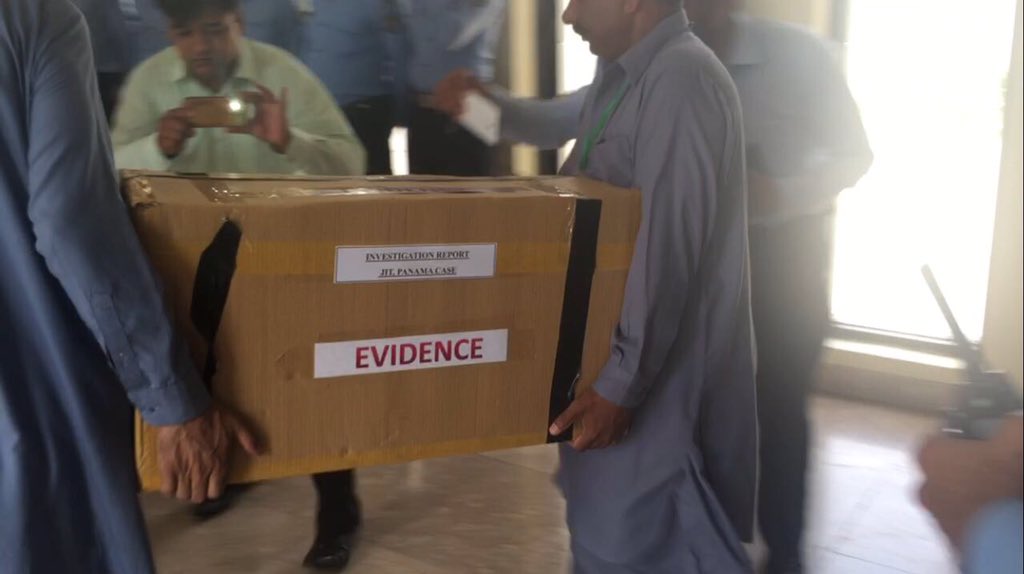 The Supreme Court reviewed the final report, set to decide the political fate of Prime Minister Nawaz Sharif and adjourned the hearing till July 17.

The apex court remarked that the parties concerned could obtain a copy of the report from the Supreme Court registrar.

Wajid Zia, the head of Joint Investigation team requested the Supreme Court, not to public a particular portion-volume 10- of the report saying it carries communications with foreign dignitaries who provided assistance to collect vital evidence.

The court also sought a transcript of the speeches delivered by Special Assistant to PM on Political Affairs Asif Kirmani, Federal Minister for Railways Khawaja Saad Rafique and others during the investigation period of Panama JIT.

During the course of investigations by the high-powered JIT, the apex court repeatedly asserted that deadline for the investigation will not be extended ordering the team to complete its probe into the matter within the given time frame of sixty days.

A huge leak of hidden files from a Panamanian law firm had revealed the involvement of many of the world's political players in financial wheelings and dealings.

In the leaks, Russia’s Vladimir Putin, the king of Saudi Arabia, Iceland’s prime minister and the family of Prime Minister Nawaz Sharif were named, along with dozens of others.

The PM’s children Maryam, Hassan and Hussain “were owners or had the right to authorise transactions for several companies”.

Mariam is described as “the owner of British Virgin Islands-based firms Nielsen Enterprises Limited and Nescoll Limited, incorporated in 1994 and 1993”.

The Supreme Court took up the Sharif family's case in November last year after the main political parties failed to agree on a committee to probe the April 2016 Panama Papers leaks, and Pakistan Tehreek-e-Insaf (PTI) Chairman Imran Khan threatened mass protests and to ‘shut down Islamabad’ in protest on November 2.

On June 15, Prime Minister Nawaz Sharif appeared before the team and recorded his statement for over three hours. Talking to newsmen after the appearance, the premier claimed that his family faced accountability in the past as well.

PM's elder son, Hussain Nawaz made six appearances before the team to record his statements.

Hassan Nawaz appeared before the investigation team for three time, while Maryam Nawaz made only one appearance.

Qatari prince who sent a letter in favour of the Sharif family to the Supreme Court could not appear before the JIT as he refused jurisdiction of the team.