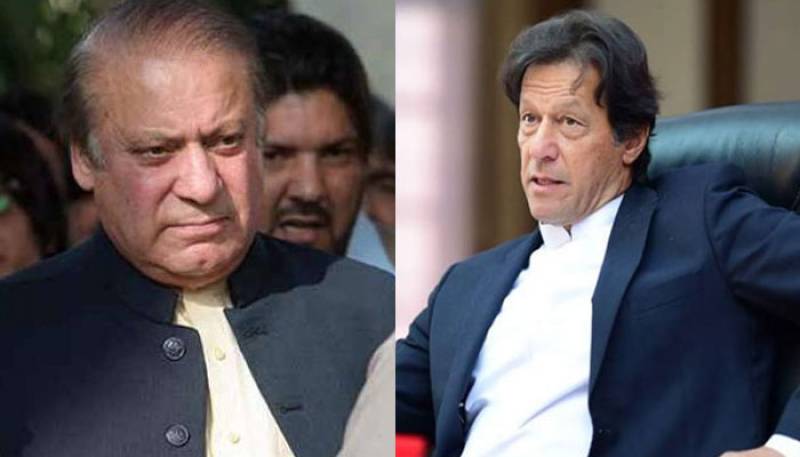 ISLAMABAD - Prime Minister Imran Khan on Saturday asked Punjab Chief Minister Usman Buzdar to ensure that every health facility in the country is made available for former premier minister Nawaz Sharif to get the treatment of his choice.

In a tweet from his personal account, the PM said that "The federal government will assist wherever required," adding that "I wish him good health."

I have asked the Punjab CM to ensure that every health facility in the country is made available for Nawaz Sharif to get the treatment of his choice. The federal govt will assist wherever required. I wish him good health.

The PM statement came after the Pakistan Muslim League-Nawaz (PMLN) supremo Nawaz Sharif declined Punjab government's offer for the treatment and refused to be shifted to hospital despite insistence from his family members.

Earlier, Pakistan Muslim League-Nawaz (PML-N) President Shehbaz Sharif also met his elder brother in jail where Nawaz told Shahbaz that doctors said that they cannot provide him with treatment as they do not have the mandate for it, adding that "I will not tolerate government's non-serious behaviour and further humiliation again."

Nawaz said that the government intended to make a mockery of him.

On Saturday, PML-N leader Khawaja Asif threatened that politics would turn violent if anything happens to former premier Nawaz Sharif.

He said that “Nawaz Sharif has never insisted on availing treatment abroad,” adding that “however, the option of sending him abroad for treatment could be considered upon his release from the prison on bail.

Sharif’s daughter and PMLN leader Mariyum Nawaz had also requested the concerned authorities to set up a medical emergency unit at the Kot Lakhpat jail for ailing Nawaz Sharif.

Just met MNS. Since he hasn’t agreed to be shifted to the hospital & his heart disease has worsened (according to cardiologists sent by the govt to examine him y’day), I request the Jail authorities to establish an immediate resuscitation and life saving unit on Jail premises.

Punjab CM Usman Buzdar, on the request of Maryam Nawaz on Twitter, directed the Punjab government to allocate a mobile cardiac unit for 24 hours for the Kot Lakhpat Jail.