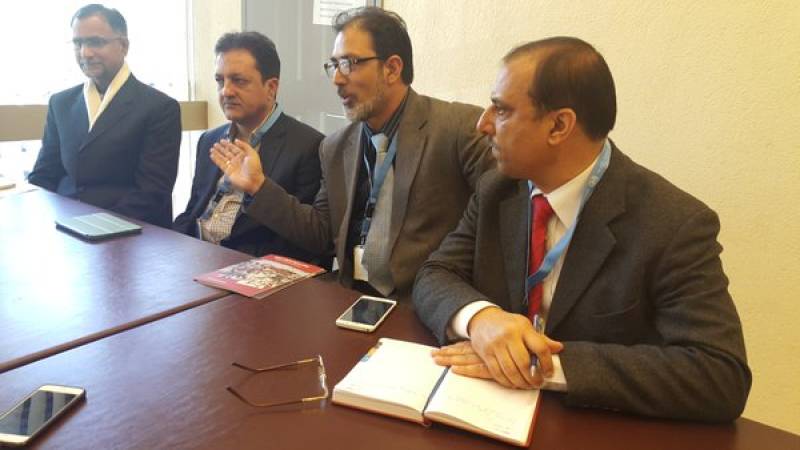 The delegation called on the President and Prime Minister of AJK. AJK leadership appreciated the continued support of OIC for the oppressed people of Indian-occupied Jammu and Kashmir.

The delegation supported the struggle of Kashmiri people for the right to self determination and assured that the OIC would continue to voice concerns over the blatant human rights violations in Indian Occupied Kashmir (IOK). The delegation also expressed willingness of the OIC in sponsoring further development projects in AJK.

The representatives of All Parties Hurriyat Conference also met the OIC delegation and apprised them about the wide-spread indignation of the Kashmiri people towards the Indian occupation of Kashmir. They stated that the recent spate of violence against Kashmiri civilians by the Indian security forces must be checked by the OIC through a concerted effort.

They also briefed the OIC delegation about the incident of April 12, 2016, in which a young Kashmiri girl was assaulted by the Indian army personnel in Handwara. Indian forces opened fire on a group of protesters, killing at least five and injuring dozens of others. The APHC leaders also presented a Memorandum to the OIC's Special Representative.

The delegation also visited the Line of Control at Chakothi. They were briefed about loss of civilian lives and property due to repeated firing by the Indian forces.

A briefing on cross-LoC travel and trade was also given. The representatives of United Nations Military Observer Group for India and Pakistan (UNMOGIP) also met the delegation at Muzaffarabad.

During its visit to Pakistan, the OIC delegation will also call on the President of Pakistan, the Advisor to the Prime Minister on Foreign Affairs, the Minister for Kashmir Affairs & Gilgit-Baltistan and the Chairman and the Members of the Special Parliamentary Committee on Kashmir.