Pakistan to raise issue of Indian brutalities in IOK with Donald Trump: Sartaj 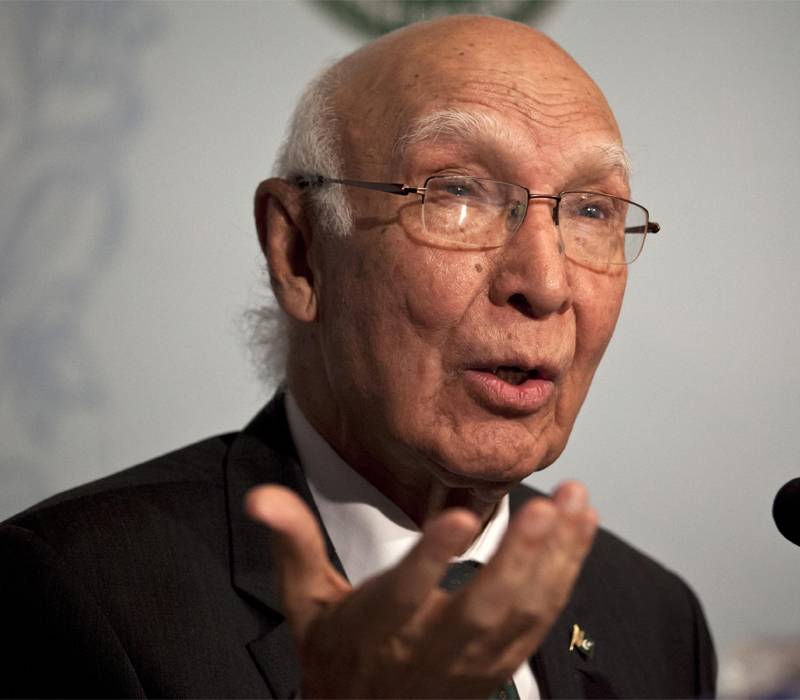 In an interview , the advisor said, US President-elect Donald Trump had promised during electoral campaign that if elected, he will make efforts to bring Pakistan and India closer.

He said we would also urge Washington to play its role for ensuring the Kashmiris their right to self-determination.

Sartaj detailed that newly elected US President Donald Trump had the agenda of economic development, and if US economy revives as a result of mega infrastructure projects, the entire world benefit from it.

It is relevant to be mentioned here at Donald Trump kept cosy with India during his campaign and political observers are eyeing an imbalance of power in Asia following the expected strengthening in India-US relations in future.

Meanwhile, a day after Donald Trump unexpectedly rose to US Presidency, Protesters took to streets across the United States to express shock over his election victory.

In Washington, several hundred protesters gathered in front of the White House for a candlelight vigil to lambast the political neophyte who just paved his way to White House.