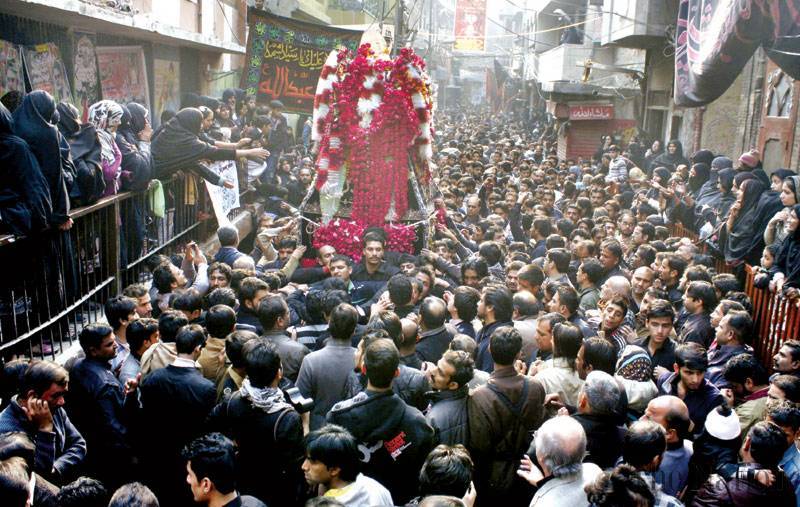 ISLAMABAD - Chehlum (40th day to the martyrdom) of Imam Hussain (RA) is being observed today (Friday) with religious reverence around the country amid tight security.

Processions will be taken out and majalis will be held in every nook and corner of the country to mark the day.

The security forces have taken strict security measures throughout the country especially in the major cities like Karachi, Peshawar, Multan, Rawalpindi.

Under section 144 of the Criminal Procedure Code, the pillion riding has been banned in Karachi on Nov 9 and 10. Cellphone service will remain suspended from 10am till 10pm on Friday to control any untoward event.

As many as 44,000 police officers and jawans will be deployed across Sindh to protect processions, while in Karachi 17,000 police personnel along with Rangers troops will perform duties .

In Rawalpindi, the administration has blocked major roads for the mourning processions. Around 3,000 police officials along with Pakistan Army, Rangers troops will perform duty. Pillion riding has also banned in the city.

In Peshawar, around 3,500 police officials will perform duty for the security of processions and majalis in different areas of the city. The mobile phone service will remain partially suspended.