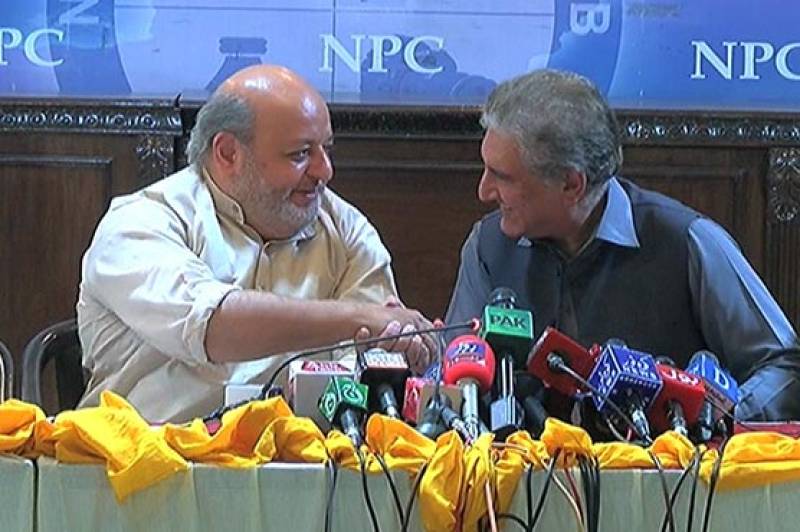 Addressing a joint press conference alongside Mumtaz Bhutto, Vice-chairman of PTI Shah Mehmood Qureshi detailed as how the merger would serve the people of Sindh.

'The merger of the SNF with PTI indicates that the party agrees with PTI's 'national mindset.' said the PTI leader.

The legislator claimed that PTI was also ready for another breakthrough in Sindh before the month of November is over.

The PTI leader claimed that notable politicians would announce joining PTI in the coming days.