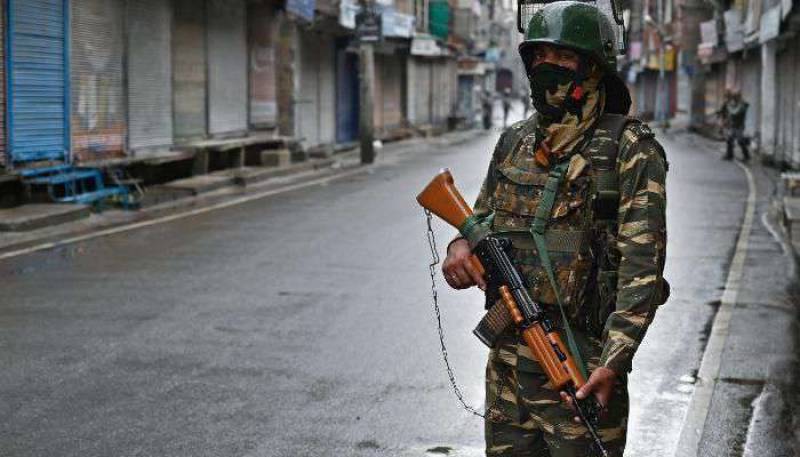 ISLAMABAD – Pakistan has condemned the restrictions imposed by the Indian authorities on all congregations in occupied Jammu and Kashmir on Eid Milad-un-Nabi (PBUH).

Foreign Office spokesperson Dr Mohammad Faisal, in a statement on Sunday, said imposition of restrictions on celebrations and other congregations on the birthday of the Holy Prophet (PBUH) represents utter disrespect for the sentiments of the Muslims of Occupied Jammu and Kashmir .

It is also a flagrant violation of their fundamental freedom of religion, he added.

The spokesperson urged the international community, the United Nations, and other human rights organizations to take notice of the brutal suppression of the religious rights and freedoms of the Kashmiri people in violation of international laws and conventions.

He said for more than fourteen weeks, over 8 million Kashmiris are under the inhuman lockdown by over 900, 000 Indian occupation forces.

The spokesperson said the Indian government should immediately restore internet and mobile phone services, release all prisoners including civil society members, especially the abducted young boys, remove article 144, Public Safety Act and other draconian laws, and allow the independent media and international human rights observers to visit the region to independently observe the well-being of the Kashmiri people.

He said the Indian government cannot suppress the aspirations of the people of Indian Occupied Jammu and Kashmir for exercising their right to self-determination as enshrined in the UN Security Council resolutions.