Gujrat: Man, 55, dies after being hit by a bike-rider rallying for Nawaz Sharif 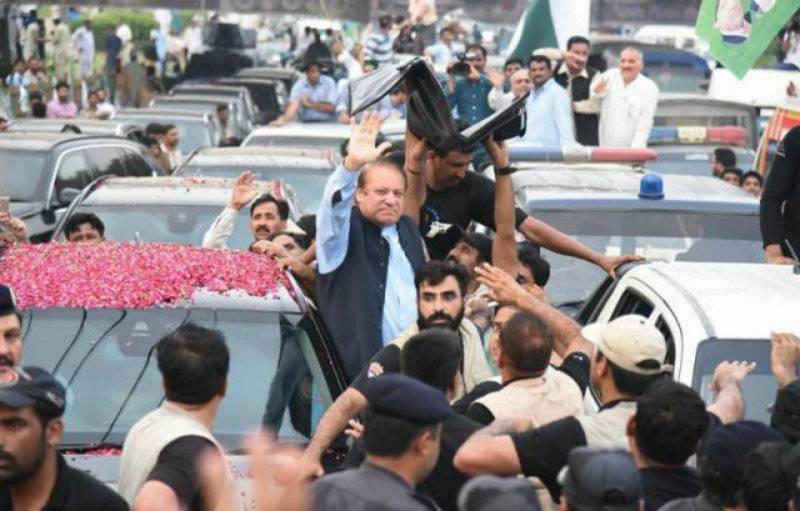 GUJRAT - A 55-year-old man has died of multiple injuries after being hit by a motorbike participating in the ‘homecoming’ rally of ousted prime minister Nawaz Sharif near Gujrat.

Khalid, from Chak Pirana village of Gujrat, was rushed to a nearby hospital on Friday afternoon after he was hit by motorbike on Grand Trunk (GT) Road where the ex-PM is rallying towards his hometown after being disqualified by the Supreme Court for hiding his undeclared assets.

Earlier in the day, a 12-year-old boy was crushed to death after being run over by one of the vehicles in Nawaz Sharif’s rally near Lala Musa.

GUJRAT - A nine-years-old boy was crushed to death after being run over by one of the vehicles in Nawaz Sharif’s ...

Hamid, a resident of Rehmat Abad town of Lala Musa, was run over by a vehicle of Elite force, part of PML-N’s motorcade heading towards Lahore.

None of the rescue vehicles, part of the convoy stopped to give treatment to the boy, in a bid to save his life.

Rehmat’s uncle said that a vehicle bearing number 265 rammed into the boy who his life.

Daughter of former premier Nawaz Sharif took to Twitter and expressed that the local leadership has been asked to reach out to the family of the boy.

Extremely sad incident of death of a child being reported. Local leadership has been asked to reach out to & assist the family without delay

The incident sparked anger among the residents of Rehmat Abad town who chanted slogans against former premier Nawaz Sharif.