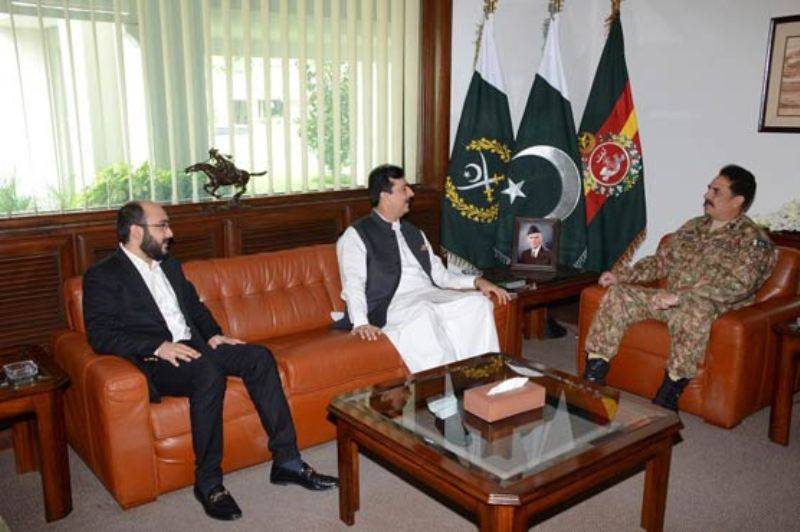 RAWALPINDI - Ali Haider Gilani, son of former prime minister Yousuf Raza Gilani, said yesterday that Chief of Army Staff General Raheel Sharif was the only person in Pakistan feared by the Taliban, after he and his father called on the COAS at the General Headquarters (GHQ) in Rawalpindi.

News of the meeting was revealed by the younger Gilani on Twitter.

During the meeting, ex-PM Yousaf Raza Gilani discussed issues concerning national security and the success of operation Zarb-e-Azb with the COAS.

Gilani also thanked the COAS for his efforts facilitating the recovery of his son.