Pakistan to give befitting response to India if carries out any misadventure: FM Qureshi 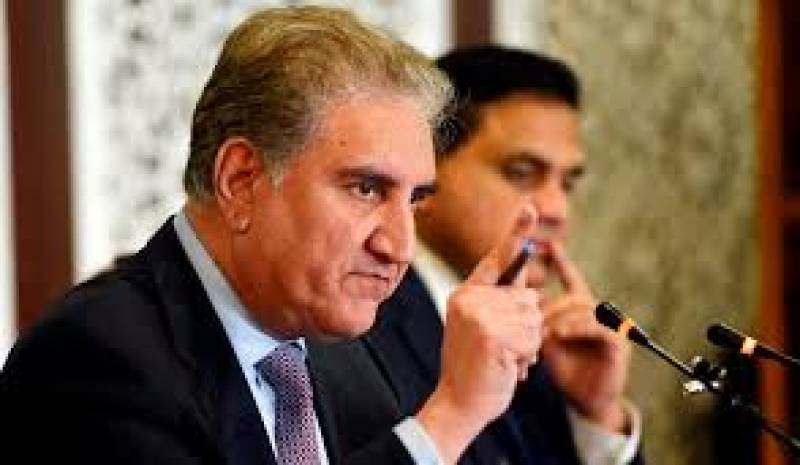 ISLAMABAD - Foreign Minister Shah Mahmood Qureshi said that Pakistan will give an immediate befitting response to India if it carries out any misadventure against it.

The Minister said that India's continuous ceasefire violations on the Line of Control (LoC) is part of its planned strategy aimed at diverting people's attention from its failures.

Shah Mahmood Qureshi said if India believes that Pakistan will withdraw its support to Kashmiris due to its threats, it is mistaken. Pakistan wants resolution of the Kashmir issue and it will continue raising voice over India's barbarism against Kashmiris, he said.