'Frail' Sharif not ready to strike a deal: Bilawal Bhutto after jail meeting 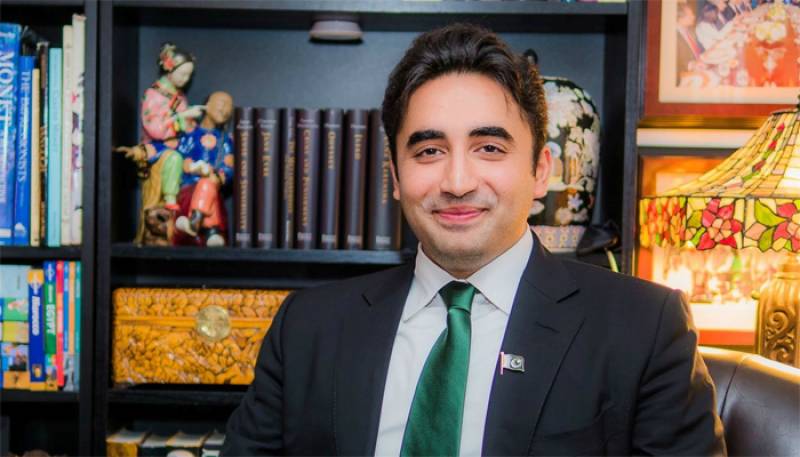 Talking to media after meeting PML-N leader on Monday, Bilawal expressed that he arrived in the jail to tend to Nawaz Sharif who does not seem agreed to strike a deal of any sort and has himself claimed that he would stand firm on ideology.

'It is part of our religious teachings that we should inquire after the health of patients,' Bilawal opined adding that he could not meet the politician earlier as he was not in the country.

The lawmaker demanded that Sharif had served as the prime minister thrice and medical care demanded by the politician be made available to him.

The lawmaker continued that the focus of his discussion with Nawaz Sharif was latter's health although they discussed the performance of sitting regime as well.

The PPP leader regretted not implementing the charter of democracy in letter and spirit though the agreement was signed in 2006 between Nawaz Sharif and Benazir Bhutto.

'I believe that those advocating NRO are hatching a conspiracy against Nawaz Sharif,' Bilawal observed.

Bilawal Bhutto revealed that he keeps in touch with Pakistan Muslim League Nawaz president, Shehbaz Sharif and other PML-N leaders.

The PPP leader also fired a broadside at Prime Minister Imran Khan and Finance Minister Asad Umar over his speech his national assembly.

'Someone tell Asad Umar that I use Zardari with my name apart from Bhutto,' Bilawal quipped and added that Imran Khan expunged the name of his father from through a notification.

The PPP chief had sought permission to meet the supreme leader of Pakistan Muslim League Nawaz on Saturday, however, due to the paucity of time, the meeting could not be held at that time.

The former prime minister, who was shifted to the Kot Lakhpat jail after conviction in the Al-Azizia Steel Mills reference, has refused to budge from his stance; he is insistent on not relocating to any hospital for treatment despite requests by his family members and Punjab government.

The spokesman for CM Punjab, Dr Shahbaz Gill had said that Punjab Chief Minister Sardar Usman Buzdar, on the request of Maryam Nawaz, has directed the Punjab government to allocate a mobile cardiac unit for 24 hours for the Kot Lakhpat Jail.

He said doctors and technicians of the Punjab Institute of Cardiology (PIC) would remain present in the mobile unit in three shifts.

"All life-saving facilities which were needed in case of an emergency were available in the mobile unit," he had said.