Oman and Kuwait withdraw from the airshow, in solidarity with Palestine 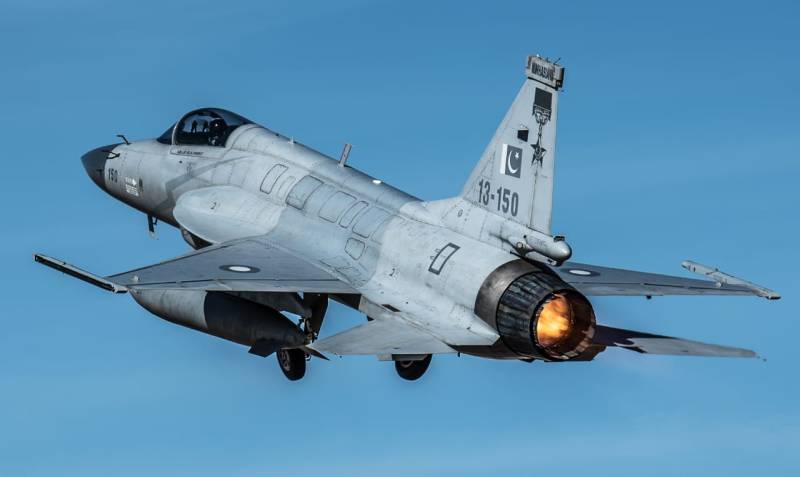 A fleet of the JF-17 Thunder fighter jets, also dubbed as Pride of Pakistan, displayed stunning aerobatic performance at the Bahrain International Air Show 2022 opened at Sakhir Air Base.

The show also features Israel, which is not recognised by Pakistan due to Palestine issue, for the first time. The development is seemed to be dividend of the Abraham Accord, brokered by then US President Donald Trump between Bahrain and Israel to start diplomatic ties.

Reports said that companies from at least two Gulf countries withdrew their participation in the air show in protest over the participation of Israeli companies. Oman’s Salam Air company and the Kuwait Finance House have announced their withdrawal from the air show.

The aerobatic performance by the JF-17 Thunder jets was fully enjoyed by spectators in the event. The excitement of the eagerly awaiting crowd was worth watching as the aircraft roared in the skies of Bahrain. The much anticipated display was thoroughly enjoyed by the spectators and they fervently clapped as the fighter jet landed back at the airstrip.

Pakistan Air Force (PAF) Air Chief Marshal Zaheer Ahmed Baber Sidhu was in attendance at the opening ceremony of Bahrain Air Show. A large number of delegations from different countries were also present at the occasion.

The indigenously manufactured JF-17 fighter jet displayed alongside other aircraft and defence equipment at the event, remained the star attraction of the show.

While interacting with the Pakistan Air Force contingent, the Air Chief lauded PAF personnel's performance in the airshow and said that their participation in the event was a matter of pride for the nation and appreciated their efforts for bringing laurels to the country. He also praised the PAF team for putting up a nice show at the mega event. Later on, he visited various stalls and met several high ranking officials.

Earlier in the day, PAF personnel briefed the eager crowd about the combat aircraft’s operational capabilities and sophisticated weaponry. The spectators were ecstatic to see the pride of Pakistan in their midst.

The participation of JF-17 Thunder aircraft in the airshow has proved to be an excellent opportunity to showcase its cutting edge capabilities. It has also given an opportunity to the potential buyers to assess the fighter jet's immense potential in the international market.