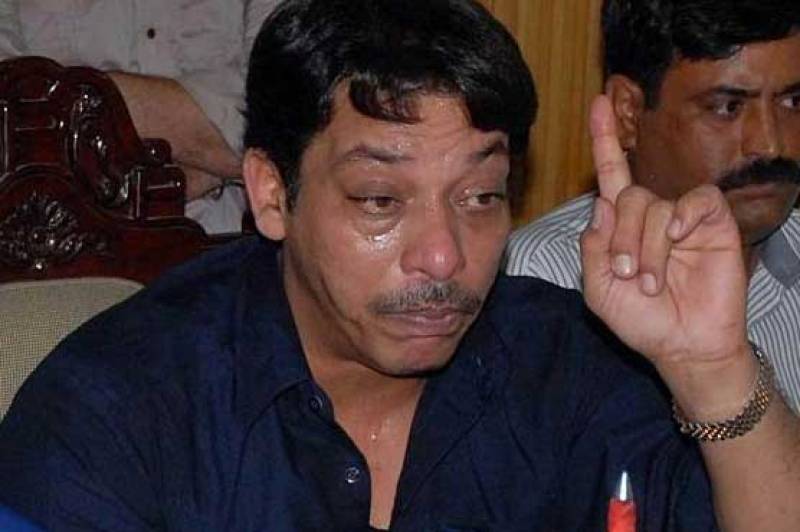 Three cases have been registered against Abidi for allegedly defaming the judiciary and using contemptuous remarks in a TV show.

On Oct 2, he received interim bail in two cases filed in Sept and had requested on Oct 8 that the cases be dismissed, however, the court dismissed the plea on Wednesday.

Earlier this week, a third case was filed against the PPP leader and he was taken into custody by police outside the Supreme Court, after he came out of the supreme court in a case initiated against him for anti-judiciary remarks.

During the hearing of the case today, Justice Mohsin Akhtar Kiyani told Abidi's lawyer that the matter had 'turned into a joke'.

The court noted that mud slinging was going on against the judiciary, adding that the chief justice had also been publicly threatened by the politician.

On the other hand, Shah argued that it was unconstitutional to have three FIRs registered against his client, to which Justice Kiyani responded that the punishment would be handed over to Abidi in one case, not three.

The court asked if Abidi had insulted the court to which his lawyer replied that the former Senator had not committed contempt of court, admitting that he had used harsh words.

The threatening attitude towards the judiciary was inappropriate, the bench remarked.

In a separate hearing, an anti-terrorism court on Thursday cancelled the interim bail Abidi was granted in the earlier case.

Abidi, who had earlier received interim bail, was produced in an anti-terrorism court (ATC) today in a case registered against him at the Secretariat police station.

After being informed that Abidi was already in police custody, Judge Shahrukh Arjumand cancelled his interim bail.