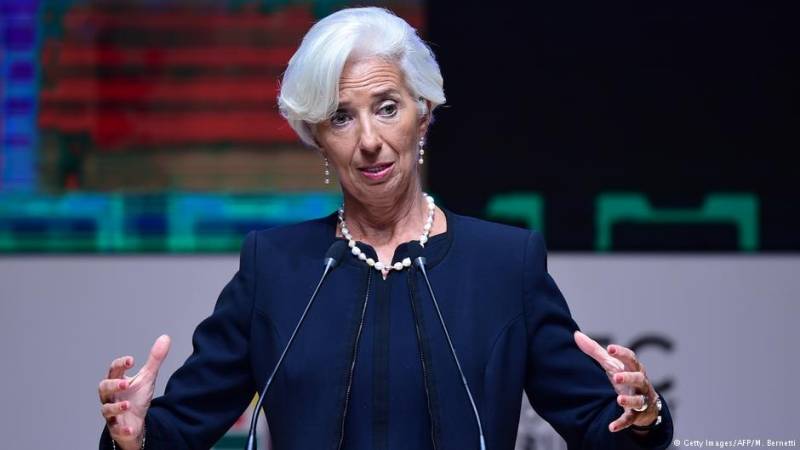 JAKARTA - International Monetary Fund (IMF) chief Christine Lagarde on Thursday said that she has received formal request from Pakistan for a bailout of it shaky economy.

The delegation will discuss matters related to economic programmes of Pakistan during the visit.

Finance minister Asad Umar, who is attending the annual meeting of the World Bank and IMF, announced earlier this week that Prime Minister Imran Khan given the go-ahead to hold talks with the IMF for a bailout programme after consulting economic experts and stakeholders.

ISLAMABAD - The Pakistani government has decided to approach the International Monetary Fund (IMF) for a bailout to ...

Recently, the IMF concluded a consultative visit with a warning that Pakistan needed to quickly secure “significant external financing” to stave off a crisis, though it did not suggest who could supply the money.

On Wednesday, PM IMran vowed to steer the country out of a looming balance-of-payments crisis, saying it needs $10-12 billion. "We will get out of this crisis. I will take (the country) out of this," he said.

Pakistan has approached the IMF for bailout many times since late 1980. In 2013, the PML-N government got a $6.6 billion loan to deal with a similar crisis.