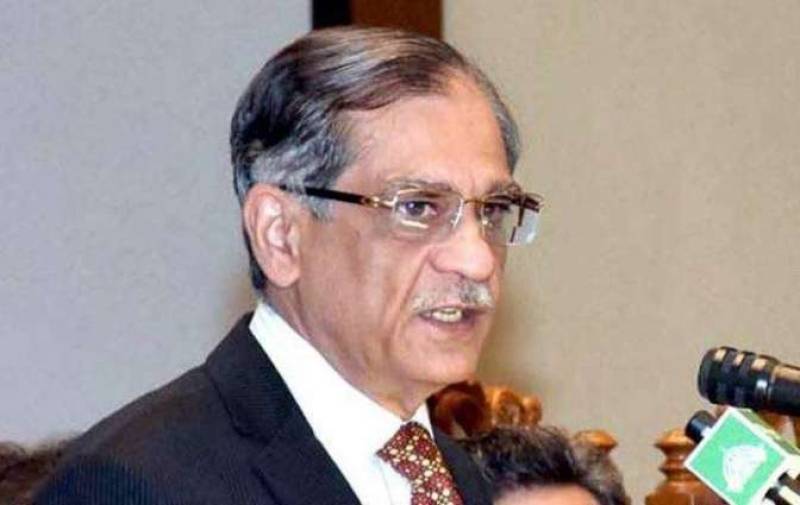 ISLAMABAD - Chief Justice of Pakistan (CJP) Mian Saqib Nisar has said that right to cast vote is fundamental and constitutional right of all citizens of the country.

He was observing a briefing by National Database and Registration Authority (NADRA) about overseas Pakistanis' right to cast the vote in Islamabad on Thursday.

This initiative was taken by NADRA with the collaboration of Election Commission of Pakistan (ECP) following the orders of the court. A three-member bench heard the briefing.

In his briefing Chairman NADRA Usman Mobin said that the online voting system is fully secured and 2.9 million Pakistanis will be able to cast their votes. He said that "ivote" is an online service introduced by the government for the overseas Pakistanis.

IT experts from leading Pakistani universities were asked to present a brief report about further security and authenticity of the online voting system.

Now the hearing has been adjourned till coming Monday and representatives of political parties were asked to come up with new proposals.