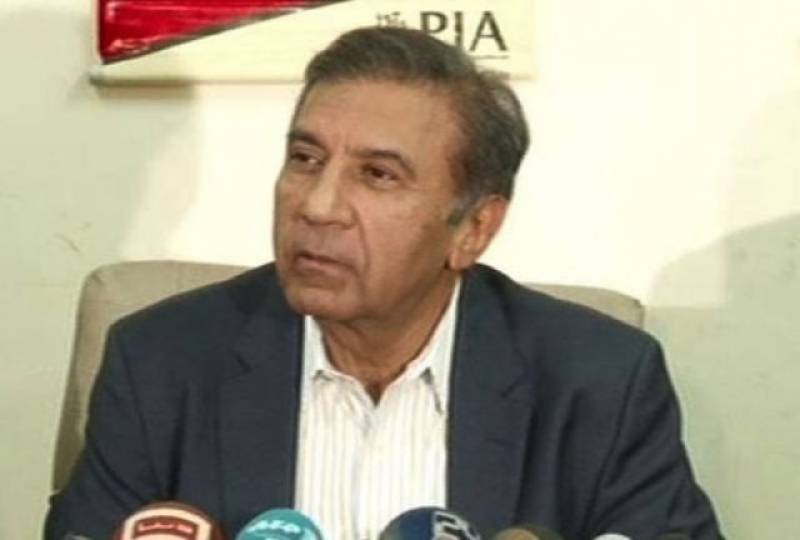 "Mr Saigol,  since his appointment, was working on pro bono basis (without salary and perks)", the spokesman added.

Although Mr Saigol has cited personal reasons for the move, sources say he was under pressure to step down after a PIA ATR-42 aircraft crashed into the hillside near Havelian area of district Abbottabad, killing all 42 passengers and five crew members on board.

Following the crash, the national flag-carrier has been under intense scrutiny following speculation that the airline does not follow international safety standards and procedures.

It is pertinent to mention here that the PIA chairman, speaking at a news conference hours after the crash, had contended that the ATR plane involved in the crash was fit to fly.

Saigol is a well-known industrialist of the country, with vast experience in handling big industrial concerns and corporations under his belt.

He has been part of PIA’s board of directors since 2013. The government had appointed Saigol as chairman of the national flag carrier in May 2016.

Following the horrific crash of PK-661 on Wednesday, Pakistan International Airlines has decided to ground all ten remaining ATR aircraft in its fleet, pending further examination in a bid to avoid any mishap in the future.

The statement said the "temporary suspension of ATR operation" will affect PIA's flights to smaller airports such as Gwadar, Turbat, Panjgur, Mohenjo Daro, Zhob, Bahawalpur, Dera Ghazi Khan, Chitral and Gilgit. "Passengers are strongly advised to check the status of their flights from PIA Call Center at 111-786-786. Inconvenience is regretted", Danyal Gillani explained.